In today’s NHL rumor mill, we look at the one question facing each non-playoff club

Kicking off with the Detroit Red Wings, Beneteau wondered how many of their free agents will be brought back. RFAs Tyler Bertuzzi and Anthony Mantha are the priorities. UFAs like Jimmy Howard and Jonathan Ericsson won’t be back, while RFAs Brendan Perlini and Adam Erne aren’t expected to return. Some, like Robby Fabbri and Alex Biega, probably earned themselves contract extensions.

SPECTOR’S NOTE: Bertuzzi, Mantha, Fabbri, and Biega will be back with the Wings next season.

Looking at the Ottawa Senators’ 13 potential picks in the 2020 draft, Beneteau wondered what general manager Pierre Dorion will do with all of them.

SPECTOR’S NOTE: Dorion will likely use most of those picks in the draft, but I expect he’ll use a few as trade bait, perhaps targeting a cap-strapped club looking to shed salary. He’ll probably consider that option if he can land a young, affordable NHL-ready player who can help the Sens’ rebuild.

Beneteau wondered if this is the end of an era for the current San Jose Sharks roster. GM Doug Wilson seems intent for now on keeping the group intact and trying to figure out what went wrong this season. Nevertheless, he has a history of making blockbuster moves.​ 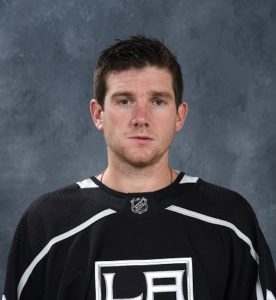 SPECTOR’S NOTE: We certainly can’t rule out the possibility of Wilson surprising us with a big move or two. Trying to move one or two of his veteran core, however, will be difficult. All of them carry expensive contracts with varying degrees of no-trade protection.

Turning to the Los Angeles Kings, Beneteau noted they shipped out Tyler Toffoli before the trade deadline and wondered if long-time Kings like Dustin Brown, Jeff Carter, and Jonathan Quick will return. Beneteau acknowledged the trio are declining and have at least two years remaining on their contracts with annual cap hits of $5.2-million or more. Moving one of them, however, could fetch some sort of future asset while opening a spot for a younger player.

SPECTOR’S NOTE: The Kings could be forced to pick up part of the salary-cap hit to move Brown, Carter, or Quick. Otherwise, they might have to include a good young asset in the deal, which this rebuilding club will be unwilling to part with.

Looking at the Anaheim Ducks’ anemic offense, Beneteau wonders who’s going to score next season. He speculates they could move one of their two first-round picks in this year’s draft to land a scoring forward through the draft or via trade.

SPECTOR’S NOTE: I daresay teams will be more interested in the Ducks’ pick than the one they got from the Boston Bruins. I don’t see GM Bob Murray moving his pick, especially if the Ducks win the draft lottery.

SPECTOR’S NOTE: Given the unusually long off-season facing the Devils, they have plenty of time to address that issue. They reportedly interviewed former Vancouver Canucks GM Mike Gillis, while Gerard Gallant, Peter Laviolette, and John Stevens are said to be among their coaching candidates.

Beneteau closes by wondering which players will be part of the solution for the Buffalo Sabres. He thinks upgrades in goal and on the forward lines are coming and won’t rule out big trades involving defenseman Rasmus Ristolainen and RFA winger Sam Reinhart.

SPECTOR’S NOTE: Sabres GM Jason Botterill and head coach Ralph Krueger expressed support for Ristolainen. It appears they’re also keen to keep Reinhart in the fold. Then again, we can’t rule out the possibility of one or both being moved before next season.

← NHL Morning Coffee Headlines - June 3, 2020 NHL Return-to-Play Format: The Blackhawks and Canadiens →
We use cookies on our website to give you the most relevant experience by remembering your preferences and repeat visits. By clicking “Accept”, you consent to the use of ALL the cookies.
Do not sell my personal information.
Cookie SettingsAccept
Manage consent