​Check out the latest on the Kings and Penguins in today’s NHL rumor mill.

WHAT COULD THE KINGS DO IN THE OFF-SEASON?

THE HOCKEY NEWS: In his postmortem on the Los Angeles’ Kings 2019-20 season, Matt Larkin observed they’ll have around $20 million in salary-cap space if the cap remains at $81.5 million for next season. With all their impact players under contract, Larkin wondered if general manager Rob Blake will chase a major unrestricted free agent. Noting it’s still too early for the club to become a contender, Larkin believes Blake could remain conservative for another year.

THE ATHLETIC (subscription required): In a recent mailbag segment, Lisa Dillman was asked if the Kings might re-sign Trevor Lewis to a contract extension in the off-season. She doesn’t think so, pointing out the 33-year-old center was reportedly available at this year’s trade deadline. She suspects there haven’t been any contract discussions lately. 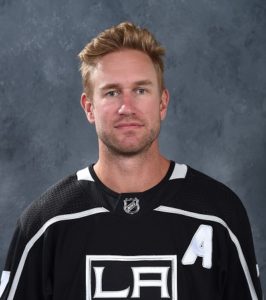 Dillman was also asked if Jeff Carter might be traded. She doubts it, pointing out the 35-year-old center recently underwent core-muscle surgery. She said there wasn’t a trade scenario before Carter’s surgery, but if there was, this would change the equation.

Asked which player she felt might be a good target for the Kings in the 2022 UFA market, Dillman cited Calgary Flames winger Johnny Gaudreau. She cautioned, however, that most pending free agents tend to re-sign with their teams.

SPECTOR’S NOTE: I agree that Blake is likely to wait another year before attempting to make a big splash in the UFA pool. However, I don’t rule out the possibility he’ll attempt to pry away a good young player from a cap-strapped rival.

With over $69 million invested in 16 players (as per Cap Friendly) for next season, the Kings also have sufficient cap space to make that kind of addition. Blake has some tradeable assets if the opportunity arises to land a promising NHL talent. The Kings have seven picks in rounds two through four of this year’s draft and six in the same rounds next season.

THE ATHLETIC (subscription required): In a recent mailbag segment, Josh Yohe was asked what he thought the Pittsburgh Penguins will do about their goaltending situation. Matt Murray and Tristan Jarry are both restricted free agents with arbitration rights and the Penguins can’t afford to keep both.

Yohe speculates Murray could hit the trade block. He’ll command the most money, which could be a problem for the Penguins if the salary cap declines next season. To keep both goalies would mean trading Kris Letang or a couple of other important players.

Asked which two players won’t be on the roster next season, Yohe thinks Nick Bjugstad and Patrick Marleau are the most likely candidates. Bjugstad’s injury history, however, will make him hard to trade. Marleau, meanwhile, is an unrestricted free agent at season’s end.

SPECTOR’S NOTE: Penguins GM Jim Rutherford hasn’t ruled out re-signing Murray and Jarry, but it will require some salary and roster juggling to pull it off. Even if the salary cap remains at $81.5 million, the Penguins have over $68 million committed to 15 players in 2020-21. New contracts for both goalies will eat up a big chunk of that cap room.

← NHL Morning Coffee Headlines - June 14, 2020 NHL Morning Coffee Headlines - June 15, 2020 →
We use cookies on our website to give you the most relevant experience by remembering your preferences and repeat visits. By clicking “Accept”, you consent to the use of ALL the cookies.
Do not sell my personal information.
Cookie SettingsAccept
Manage consent