THE DETROIT NEWS: Ted Kulfan lists several potential trade options for the Detroit Red Wings. With only $46.2 million invested in 11 players next season, they have enough room to re-sign their key free agents and target cap-strapped clubs looking to shed salary. 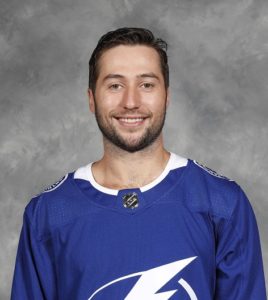 SPECTOR’S NOTE: Johnson and Gourde each have a full no-trade clause while Killorn carries a modified no-trade. They all know Red Wings general manager Steve Yzerman from his days as Lightning GM. That could sway one of them to approve a move to Detroit, but it’s not a certainty.

Schwartz also has a modified no-trade clause. He could be reluctant to include the rebuilding Wings on his list of preferred destinations.

Murray, Jarry, Allen, Kapanen, and Johnsson would be easier targets because they lack no-trade protection.

THE ATHLETIC (subscription required): Adam Vingan recently explored how the Nashville Predators could fill multiple holes on their roster with limited cap space next season. They have 17 players under contract for next season with roughly $9.3 million in cap room.

Mikael Granlund and Craig Smith are their notable unrestricted free agents. Vingan speculated the 28-year-old Granlund might be receptive to a two-year deal while the 31-year-old Smith could seek term, though the latter might be open to accepting less money.

Buying out center Kyle Turris could also free up some cap room. He has four years left on his contract worth $6 million annually. A buyout would see the Predators carry $2 million in dead-cap space through 2028. Vingan considered it difficult to believe GM David Poile will pull off a big trade to clear cap space, noting he’s never retained salary in a trade.

SPECTOR’S NOTE: Unless Poile is willing to retain part of Turris’ salary in a trade, buying him out could be his only option to free up valuable cap space for next season. A rival club could take on Turris if some salary was retained, but Poile could be squeezed to add a draft pick or a quality prospect in the deal. The remaining four years on his contract, however, could be a deal-breaker.

TVA SPORTS: Washington Capitals winger Ilya Kovalchuk said he’s stayed in contact with several of his former Montreal Canadiens teammates. Kovalchuk enjoyed a solid bounce-back performance with the Habs after they acquired him from the Los Angeles Kings. He was shipped to the Capitals before the February trade deadline.

SPECTOR’S NOTE: Kovalchuk enjoyed his brief time in Montreal. Speculation persists suggesting Kovalchuk could return to the Canadiens next season on a one-year, bonus-laden contract.

← NHL Morning Coffee Headlines - July 16, 2020 NHL Morning Coffee Headlines - July 17, 2020 →
We use cookies on our website to give you the most relevant experience by remembering your preferences and repeat visits. By clicking “Accept”, you consent to the use of ALL the cookies.
Do not sell my personal information.
Cookie SettingsAccept
Manage consent