​The Bruins, Avalanche, and Lightning take commanding leads, the Blues tie their series with the Canucks, an update on Evgeni Malkin, and more in today’s NHL morning coffee headlines.

NHL.COM: A four-goal third-period outburst by the Boston Bruins gave them a 4-3 victory over the Carolina Hurricanes in Game 4 of their first-round series and a commanding 3-1 series lead. Jake DeBrusk scored two of those goals as the Bruins held off the Hurricanes’ push in the dying minutes of regulation to tie the game. 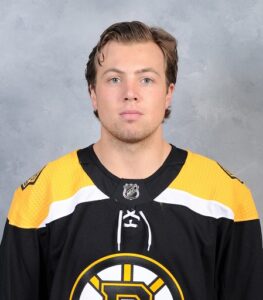 SPECTOR’S NOTE: A big hit by Bruins defenseman Charlie McAvoy on Hurricanes captain Jordan Staal shifted the momentum of the game. Staal departed and didn’t return. An update on his status could be announced today.

Ryan O’Reilly scored twice and set up another as the St. Louis Blues downed the Vancouver Canucks 3-1 in Game 4 to tie their series at two games apiece. Blues goalie Jake Allen made 22 saves for the win.

SPECTOR’S NOTE: This was the Blues’ best effort of the postseason as they showed why they’re defending champions. O’Reilly remains in Conn Smythe Trophy form with his hardworking two-way play.

The Colorado Avalanche took a commanding 3-1 series lead over the Arizona Coyotes in Game 4 with a convincing 7-1 victory. Nazem Kadri scored twice and set up another, Nathan MacKinnon and Gabriel Landeskog had two assists and Cale Makar a goal and an assist. The Avs limited the Coyotes to just 15 shots.

SPECTOR’S NOTE: It was only a matter of time before the Avalanche broke through in this series. The Coyotes have relied on goalie Darcy Kuemper and a tight-checking defensive system, but the Avs’ talented depth couldn’t be contained in this game. MacKinnon also got into a rare tussle, rag-dolling Coyotes forward Christian Fischer after the latter cross-checked him during a scrum.

Andrei Vasilevskiy made 28 saves as the Tampa Bay Lightning held off the Columbus Blue Jackets 2-1 in Game 4 to take a 3-1 lead in their opening-round series. Barclay Goodrow and Yanni Gourde scored for the Bolts while Cam Atkinson replied for the Jackets.

SPECTOR’S NOTE: The Bolts are playing a more grinding style against the Jackets compared to last year’s opening-round series. If the Jackets can’t find a solution, their postseason will end on Wednesday.

SPORTSNET: For the third straight week, the NHL reports no positive COVID-19 tests.

ESPN.COM: The NHL is finalizing plans that would allow family members to join players in the conference finals bubble in Edmonton. Family members would have to quarantine in their hotel room away from the player upon arrival for four days until they’ve passed four COVID-19 tests, after which they’ll be allowed in the same hotel room as the player. They would also be subject to daily testing.

← NHL Playoffs: Carolina Looks to Even Series Against Boston NHL Rumor Mill - August 18, 2020 →
We use cookies on our website to give you the most relevant experience by remembering your preferences and repeat visits. By clicking “Accept”, you consent to the use of ALL the cookies.
Do not sell my personal information.
Cookie SettingsAccept
Manage consent