​A look at off-season questions for several teams eliminated during the qualifying round, plus the latest on the Ottawa Senators in today’s NHL rumor mill.

SPORTSNET: Rory Boylen examined one big off-season question for each club eliminated during the qualifying round. Among the noteworthy: 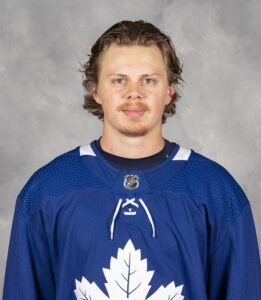 What kind of return could Kaspari Kapanen fetch for the Toronto Maple Leafs? (NHL Images)

Regarding the Toronto Maple Leafs, Boylen asked what kind of defenseman they’ll add. Given the flat cap and the free-agent pool would be difficult to wade into, Boylen suggested the trade market could be their best option. He wonders if Kaspari Kapanen or Alex Kerfoot become trade bait, and what type of return they might fetch.

SPECTOR’S NOTE: Kapanen or Kerfoot at best could bring a second-pairing right-side defenseman. They won’t bring in a top-pairing guy unless they’re packaged with a first-round pick and/or a top prospect, and they’ll have to target a team in need of shedding salary.

Whoever becomes the Florida Panthers’ next general manager has a lot of work to do. The defense is a problem area, plus they have to decide what to do with free agent wingers Evgenii Dadonov and Mike Hoffman. Boylen wonders if they’ll be replaced by rookies if ownership decides to cut payroll.

SPECTOR’S NOTE: Things are a mess with the Panthers. We can’t really get a bead on their intentions until they’ve hired a new GM.

The Winnipeg Jets need more size on their blueline. Boylen wonders if GM Kevin Cheveldayoff will try to address that issue.

SPECTOR’S NOTE: The Jets have over $65 million invested in next year’s payroll and all their core players under contract. There’s room to make an addition or two, but a bigger move would require shipping out a notable player as part of the return. However, he could get more cap flexibility if sidelined center Bryan Little is placed on LTIR next season.

Boylen noted Minnesota Wild GM Bill Guerin was dissatisfied with his goaltending. He mused about whether Guerin will promote promising Kaapo Kahkonen or explore the free-agent market.

SPECTOR’S NOTE: The Wild’s current goalie tandem of Devan Dubnyk and Alex Stalock is under contract for next season. One of them would have to be moved to make room for Kahkonen or someone else. Dubnyk ($4.333 million AAV for 2020-21) has a 19-team list of preferred trade destinations, but his performance this season remains a stumbling block. Stalock’s cap hit ($785K annually through 2021-22) could be the easiest to move.

OTTAWA SUN: Bruce Garrioch reports Senators owner Eugene Melnyk rejected rumors suggesting his club might offer up the third- and fifth overall picks to the New York Rangers for the first-overall pick in the 2020 NHL Draft, calling the notion “nonsensical.”

SPECTOR’S NOTE: The Rangers would probably reject that offer anyway. It could take a significant pitch to pry that pick away from them.

← NHL Morning Coffee Headlines - August 18, 2020 NHL Playoffs: Flyers Look to Widen Lead Over Canadiens in Game 4 →
We use cookies on our website to give you the most relevant experience by remembering your preferences and repeat visits. By clicking “Accept”, you consent to the use of ALL the cookies.
Do not sell my personal information.
Cookie SettingsAccept
Manage consent