Recaps of the opening games of the qualifying round and much more in today’s NHL morning coffee headlines.

NHL.COM: Chicago Blackhawks winger Dominik Kubalik scored twice and collected three assists in a 6-4 victory over the Edmonton Oilers. Kubalik set a record for most points by a rookie in his first playoff game. Jonathan Toews also scored twice for the Hawks. Oilers forwards Connor McDavid, Leon Draisaitl, and Ryan Nugent-Hopkins each had a goal and two assists. Blackhawks forward Drake Caggiula will have a hearing on Sunday with the league’s department of player safety for an illegal hit to the head of Oilers winger Tyler Ennis. 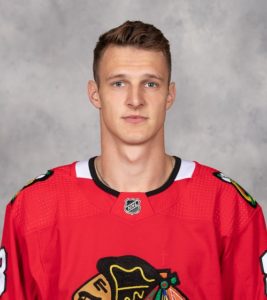 SPECTOR’S NOTE: The Blackhawks feasted on the shaky play of Oilers goaltender Mike Smith and his teammates’ sloppy defensive play. Smith was replaced in the second period by Mikko Koskinen after giving up five goals on 23 shots. He could get the call for Game 2 on Monday.

SPECTOR’S NOTE: The Penguins also missed several good scoring opportunities. Nevertheless, Price did a fine job rising to the occasion for his overmatched teammates. If he wasn’t in the heads of the Penguins before this game, he is now.

A 4-1 victory by the Calgary Flames over the Winnipeg Jets was overshadowed by the departure of Jets center Mark Scheifele early in the game with an injured left leg following a collision with Flames winger Matthew Tkachuk. The Flames got power-play goals by Johnny Gaudreau and Mikael Backlund and a shorthanded tally by Tobias Rieder. The Jets also lost winger Patrik Laine to an apparent hand injury in the third period.

SPECTOR’S NOTE: Jets coach Paul Maurice believes Tkachuk deliberately attempted to injure Schiefele, which the winger denied. There’s no question the loss of Scheifele affected his teammates, who seemed off-balance for most of the game. Maurice also indicated Scheifele and Laine will be examined by specialists, which suggests both could be sidelined for lengthy periods.

SPECTOR’S NOTE: The score flattered the Rangers, who were dominated by the Hurricanes for most of this game. It would’ve been a more lopsided loss if not for Lundqvist, who got the call after Igor Shesterkin was a last-minute scratch. He’s listed as day-to-day. Rangers winger Jesper Fast left the game in the first period following a big hit by former teammate Brady Skjei.

Semyon Varlamov kicked out 27 shots while Jean-Gabriel Pageau and Anthony Beauvillier scored as the New York Islanders held on for a 2-1 win over the Florida Panthers. Sergei Bobrovsky turned aside 26 shots for the Panthers. Islanders defenseman Johnny Boychuk left the game in the second period following an illegal hit to the head from Panthers blueliner Mike Matheson.

SPECTOR’S NOTE: Bobrovsky kept his teammates in this game but they couldn’t get the equalizer. No word on Boychuk’s status while Matheson only received a two-minute penalty.

THE SCORE: Prior to Saturday’s Oilers-Blackhawks game, Minnesota Wild defenseman Matt Dumba made a moving speech on behalf of the Hockey Diversity Alliance and took a knee during the American National Anthem, flanked by Blackhawks goalie Malcolm Subban and Oilers defenseman Darnell Nurse. Dumba is among the co-founders of the Hockey Diversity Alliance to eradicate racism and intolerance in hockey.

Bruins winger Ondrej Kase finally rejoined his teammates after missing all of the Phase 3 training camp. He isn’t expected to be in today’s lineup and it could be a few games before he returns to action.

SPECTOR’S NOTE: Cassidy’s remarks about Rask doesn’t sound as though his status is COVID-related.

NBC SPORTS WASHINGTON: Capitals defenseman John Carlson returned to practice Saturday for the first time since leaving Wednesday’s exhibition game with an undisclosed ailment. It’s yet to be decided if he’ll play in tomorrow’s round-robin game against the Tampa Bay Lightning.