​Alex Ovechkin, Brenden Dillon, and the Capitals postpone contract talks until after the playoffs, plus the latest on the Sabres in today’s NHL rumor mill.

NHL.COM: Washington Capitals general manager Brian MacLellan said contract extension discussions with Alex Ovechkin are on hold until after the 2020 Stanley Cup Playoffs. Given the uncertainty that’s unfolded this year in the NHL, MacLellan indicated both sides want to see how everything pans out. 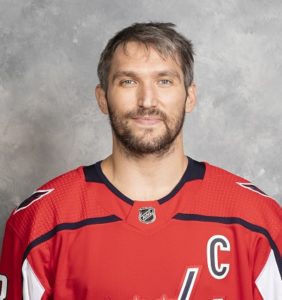 Ovechkin, 34, has one year remaining on his contract. He’ll be eligible for unrestricted free agent status at the end of next season.

SPECTOR’S NOTE: This isn’t a rumor, of course, but Ovechkin’s contract status could generate interest following this season. The longer he goes without an extension, the more speculation about his future with the Capitals.

Despite his age, Ovechkin remains among the NHL’s elite players, winning the Richard Trophy for the ninth time as the league’s leading goal scorer (shared this season with Boston’s David Pastrnak). He’s among the greatest goal scorers in NHL history.

Ovechkin’s also the greatest player in Capitals history, the man who led them to their first Stanley Cup. He’s the face of that franchise. Re-signing him, however, could get interesting.

Cap Friendly indicates the Capitals have over $57 million invested in 13 players to 2021-22, though that figure will rise depending on who they re-sign or add to their roster this season and for how long. Winger Jakub Vrana and goaltender Ilya Samsonov will be restricted free agents next year and due for pay raises. Finding sufficient space for Ovechkin’s new contract, as well as Vrana’s and Samsonov’s, and having enough to fill out the rest of the roster could be challenging.

I’ll be shocked if Ovechkin and the Capitals don’t work something out. It’ll be fascinating to see how much term and dollars he gets to stay in Washington and the effect the Capitals’ payroll under what could be a flat cap for ’21-’22.

NBC SPORTS WASHINGTON: J.J. Regan reports MacLellan also indicated contract negotiations for this year’s pending free agents are on hold until the playoffs are over. That includes defenseman Brenden Dillon, a pending UFA who joined the Capitals from the San Jose Sharks near the February trade deadline. Dillon has expressed interest in re-signing with the Capitals.

SPECTOR’S NOTE: Dillon, Braden Holtby, Ilya Kovalchuk, and Radko Gudas are UFAs at the end of this season, while Travis Boyd and Jonas Siegenthaler are restricted free agents. With over $71.1 million invested in 16 players, there’s not a lot of wiggle room there.

Holtby, Kovalchuk, and Gudas are expected to depart via free agency. Boyd and Siegenthaler should be affordable re-signings. Depending on Dillon’s asking price, they might be able to squeeze him into their payroll.

THE ATHLETIC (subscription required): In a recent mailbag segment, John Vogl expressed his belief the Buffalo Sabres’ No.1 job is to find a center for high-prices winger Jeff Skinner.

He doesn’t expect the Sabres will pinch pennies with their roster. However, he acknowledged an off-season comment by team co-owner Kim Pegula where she noted the club had spent toward the cap for years with little to show for it.

Vogl also believes the Sabres must improve their goaltending. He’d be concerned if they should pass up a netminder who’s available for a reasonable price.

Whether the Sabres plunge into this year’s UFA pool depends on the trade market.

SPECTOR’S NOTE: Given their recent front-office purge, it’s difficult to determine what’s in store for the Sabres under rookie general manager Kevyn Adams. I agree with Vogl regarding their needs, but Adams and company could see things differently. The earliest indications should come in the days following the Stanley Cup Final and leading up to the 2020 NHL Draft.

If the Pegulas get frugal with their payroll, we can expect a younger roster supplemented by cheap, short-term additions via the trade and UFA market. However, that probably won’t sit well with captain Jack Eichel. The Sabres must commit to winning or risk alienating their franchise player.

← NHL Morning Coffee Headlines - August 1, 2020 NHL Morning Coffee Headlines - August 2, 2020 →
We use cookies on our website to give you the most relevant experience by remembering your preferences and repeat visits. By clicking “Accept”, you consent to the use of ALL the cookies.
Do not sell my personal information.
Cookie SettingsAccept
Manage consent