​Speculation over Marc-Andre Fleury’s future with the Golden Knights, plus the latest on the Flames, Senators, and Kings in today’s NHL rumor mill. 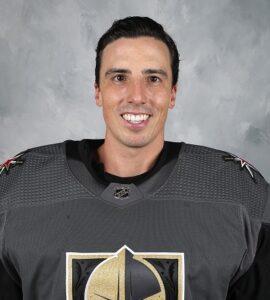 Over the weekend, Walsh posted an image showing Fleury being stabbed in the back by a sword with the name of Vegas head coach Peter DeBoer on the blade. Fleury appeared in just two of the Golden Knights’ games since the NHL returned to action, with trade-deadline acquisition Robin Lehner seeing the bulk of the starts. He’s had Walsh remove the image from his Twitter feed.

Granger noted Fleury said he speaks regularly with Walsh. The fact Fleury didn’t immediately condemn the image gave the impression the netminder wasn’t that upset over it.

Fleury has two years remaining on his contract while Lehner is an unrestricted free agent at season’s end. If the Golden Knights re-sign Lehner to a large contract, Granger believes they could face having between $12 – $14 million invested in the goalie position or they would have to move on from Fleury.

Granger pointed out Fleury has a 10-team no-trade list. Given the flattened salary cap for next season, there might not be many destinations for Fleury.

SPECTOR’S NOTE: Fleury’s future with the Golden Knights is now a topic of speculation that will intensify the longer he remains Lehner’s backup. As Granger noted, trading him won’t be easy. In addition to his no-trade clause and the flattened cap, his $7.5 million annual average value, his age (35), and inconsistency this season could also become sticking points.

CALGARY SUN: Wes Gilbertson acknowledged Flames winger Johnny Gaudreau’s playoff performance was disappointing. Trading him, however, could be risky. He wondered what the return would be, suggesting they’d have to get someone to replace Gaudreau’s production. Gilbertson mused about perhaps bringing in a blue-chip defenseman with Mark Giordano about to turn 37, or perhaps swapping Gaudreau for picks and prospects and using the cap savings to sign Taylor Hall. The danger would be looking back after the trade and realizing they got little in return.

Gilbertson also pondered if Flames GM Brad Treliving will re-sign Cam Talbot, stick with David Rittich, or pursue a free-agent goalie like Jacob Markstrom, Robin Lehner or Braden Holtby. He wondered which of their pending UFA blueliners (T.J. Brodie, Travis Hamonic, Derek Forbort, Erik Gustafsson, Michael Stone) will be back. He also thinks Treliving would like to add a Nazem Kadri-type player.

SPECTOR’S NOTE: Treliving could quietly gauge Gaudreau’s trade value following the playoffs. Maybe he shops him for a more affordable young winger with upside. Maybe he dumps Gaudreau’s salary and goes after Hall, though that comes with its own risks in terms of salary and Hall’s effectiveness as he approaches 30 next year. Maybe he tries to add that young forward and a gritty secondary scorer.

The goaltending is an interest situation. Re-signing Talbot would be merely a short-term solution as Gilbertson points out. Rittich looks less like a future starter with each passing season. Markstrom, Lehner or Holtby might be better options but they’ll also be expensive.

WILL THE SENATORS ADD A GOALIE?

The New York Rangers’ Henrik Lundqvist could be the biggest name available but he might not want to join a rebuilding team. Pittsburgh’s Matt Murray could be another trade target.

Garrioch also noted the Arizona Coyotes have Antti Raanta and Darcy Kuemper while the Carolina Hurricanes may decide they need to do something with James Reimer or Petr Mrazek.

SPECTOR’S NOTE: I don’t see Lundqvist agreeing to be traded to a rebuilding club in what is likely his final NHL campaign. Murray’s injury history and inconsistency make him a risky acquisition.

The Coyotes won’t part with Kuemper, while Raanta also has a long history of injuries. The Hurricanes should upgrade their goaltending but they could stick with their current tandem because of their affordability. Both are signed for next season.

SUGGESTED BLUELINE OPTIONS FOR THE KINGS

SPECTOR’S NOTE: Edmundson, Dillon, and Tanev are UFAs at season’s end. Maatta is signed through 2021-22 with an annual average value of $4.083 million but Dillman suggests he could be a buyout candidate. Matheson is under contract until 2025-26 with an AAV of $4.875 million.

Kings GM Rob Blake seems content to continue rebuilding with youth but I can see him making an affordable free-agent addition or two this summer. One of those pending UFA options listed by Dillman could be on his list if he can get them to agree to short-term contracts. He could be reluctant to take on Matheson’s deal.

← NHL Morning Coffee Headlines - August 24, 2020 NHL Playoffs: Bruins Hold Off Lightning in Game 1 →
We use cookies on our website to give you the most relevant experience by remembering your preferences and repeat visits. By clicking “Accept”, you consent to the use of ALL the cookies.
Do not sell my personal information.
Cookie SettingsAccept
Manage consent