TSN’s Darren Dreger and Sportsnet’s Elliotte Friedman reported the Toronto Maple Leafs are working on a trade that would sent winger Kasperi Kapanen back to the Pittsburgh Penguins. When the details are announced, I’ll have an analysis of the deal in the News section.

MURRAY OR JARRY ON THE MOVE? 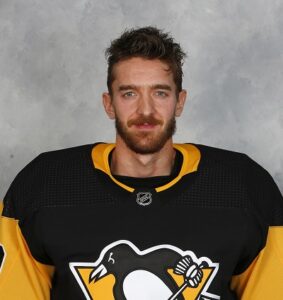 Wegman reports the Penguins will have $12.4 million in salary-cap space this off-season. They also have six RFAs in addition to Murray and Jarry to re-sign, as well as decisions to be reached regarding UFAs Conor Sheary, Patrick Marleau, and Justin Schultz.

Wild GM Bill Guerin indicated he wasn’t happy with his goaltending following his club’s qualifying-round elimination by the Vancouver Canucks. Cap Friendly indicates he’s got $65.7 million invested in 17 players next season, but he’ll have to find a trade partner for Devan Dubnyk ($4.33 million annual average value through 2020-21, 19-team trade list) or dump the more affordable Alex Stalock ($785K through 2020-21).

The Flames could be in the market if Cam Talbot departs via free agency. The Sabres need an experienced starter but we don’t know the intentions of new GM Kevyn Adams. The budget-conscious Hurricanes could stick with their affordable tandem of James Reimer and Petr Mrazek for another year. The Oilers definitely need help between the pipes, but their limited cap space ($70.4 million invested in 16 players) means they’ll have to shed salary to add a new goalie.

UPDATE ON THE BLUE JACKETS

THE COLUMBUS DISPATCH: Michael Arace weighed in on the Blues Jackets offseason needs. He feels they need another top-six center or an impact scorer like the departed Artemi Panarin. He wondered if they’ll draw from their blueline and/or goaltending depth, or shop RFA winger Josh Anderson, or use some prospects as assets to upgrade the offense.

Arace also makes the point that the Jackets must convince defenseman Seth Jones that they’re capable of going deep into the playoffs so he doesn’t depart via free agency in 2022. They must also manage their salary cap accordingly to make Jones one of the league’s highest-paid blueliners.

NHL.COM: Craig Merz reports Blue Jackets GM Jarmo Kekalainen plans to rebuild from within rather than through the free-agent market. “I don’t believe in the (free agent) signings to be the answer or recipe for success,” said Kekalainen. “We’ve done a good job building through drafting and having some depth.”

SPORTSNET: Luke Fox believes Josh Anderson will be used as a trade chip. He points out the Jackets are flush with middle-six wingers and Anderson’s game could be attractive to other clubs. His recovery timeline from shoulder surgery is Sept. 2.

SPECTOR’S NOTE: Cap Friendly indicates the Jackets have $76.2 million invested in 23 players for next season, with Anderson and Pierre-Luc Dubois slated for raises as restricted free agents. Kekalainen recently indicated Brandon Dubinsky’s chronic wrist injury could keep the forward on long-term injury reserve next season, freeing up $5.85 million if necessary.

Kekalainen will have to go shopping in the trade market if he won’t go the UFA route for scoring punch. Anderson seems the most likely to go as his name’s been in the rumor mill for months, but his shoulder injury could dampen his trade value. The Jackets GM could peddle a blueliner like David Savard or Ryan Murray, but they won’t fetch a scoring forward. Goalies Joonas Korpisalo and Elvis Merzlikins played well this season, but their inexperience could also hurt their trade value.

CALGARY SUN: Wes Gilbertson reports Flames winger Johnny Gaudreau acknowledged hearing the calls for his trade from frustrated fans and pundits. However, he insists he wants to stay in Calgary, calling it his “second home.”  Meanwhile, pending UFA goaltender Cam Talbot indicated he’s “very open” to re-signing with the Flames.

SPECTOR’S NOTE: Flames GM Brad Treliving defended Gaudreau and told Talbot during the pause in the schedule he’s interested in talking contract with him. However, Treliving also acknowledged there will have to be some changes following yet another early playoff exit. Whether those involve Gaudreau or Talbot remain to be seen, but we can expect both players will feature prominently in the Flames rumor mill in the coming weeks.

← NHL Morning Coffee Headlines - August 25, 2020 Leafs Trade Kapanen to the Penguins →
We use cookies on our website to give you the most relevant experience by remembering your preferences and repeat visits. By clicking “Accept”, you consent to the use of ALL the cookies.
Do not sell my personal information.
Cookie SettingsAccept
Manage consent