The Montreal Canadiens announced they traded center Max Domi and a 2020 third-round pick to the Columbus Blue Jackets for winger Josh Anderson. 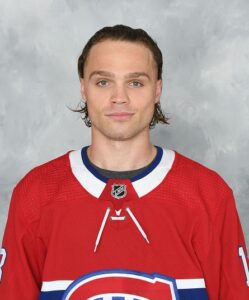 SPECTOR’S NOTE: Domi and Anderson are restricted free agents with arbitration rights. Domi, 25, completed a two-year, $6.3 million contract while the 26-year-old Anderson is coming off a three-year, $5.5 million deal.

Domi and Anderson frequently surfaced in the rumor mill last season, often linked as a possible swap. While Domi had a 72-point performance in 2018-19, his stats tumbled to 44 points last season and he spent some time on the Habs fourth line during the playoffs.

Anderson tallied 27 goals and 47 points in ’18-’19. However, he was sidelined most of last season by a shoulder injury that required surgery to repair.

The Blue Jackets were in the market for a scoring center while the Canadiens were looking for a power forward. This move seems to address those needs, though time will tell which club benefits the most from this trade.

← NHL Rumor Mill (Part 2) - October 6, 2020 NHL Morning Coffee Headlines - October 7, 2020 →
We use cookies on our website to give you the most relevant experience by remembering your preferences and repeat visits. By clicking “Accept”, you consent to the use of ALL the cookies.
Do not sell my personal information.
Cookie SettingsAccept
Manage consent