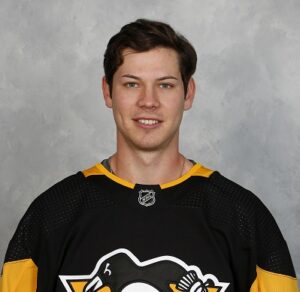 SPECTOR’S NOTE: An affordable re-signing by the Penguins. Jarry is expected to take over as their full-time starting goaltender in 2020-21. The Penguins now have $78.8 million invested in 21 players.

This move has also ramped up speculation over Matt Murray’s future with the Penguins. It’s assumed the Penguins will trade him, but general manager Jim Rutherford indicated they’ll extend a qualifying offer this week and could take him to arbitration as a formality to retain his signing rights. However, Rutherford also admitted speaking with other clubs, though he hasn’t fully shut the door on re-signing Murray.

NBC SPORTS PHILADELPHIA: The Flyers re-signed goalie Brian Elliott to a one-year, $1.5-million contract. Elliott, 35, was due to become an unrestricted free agent on Oct. 9.

SPECTOR’S NOTE: Elliott took a $500K pay cut to stay with the Flyers. He’s been a reliable backup and mentor to young starting goalie Carter Hart.

ARIZONA SPORTS: The Coyotes placed winger Michael Grabner on waivers Saturday for the purpose of buying out the final season of his contract.

← No Surprise at the top of our 2020 NHL Mock Draft Sunday NHL Rumor Roundup - October 4, 2020 →
We use cookies on our website to give you the most relevant experience by remembering your preferences and repeat visits. By clicking “Accept”, you consent to the use of ALL the cookies.
Do not sell my personal information.
Cookie SettingsAccept
Manage consent