The latest on the Hurricanes and Leafs plus recent speculation about Zdeno Chara’s future in today’s NHL rumor mill.

NHL.COM: Tom Gulitti wondered if the Carolina Hurricanes will upgrade their goaltending and if they’ll sign defenseman Dougie Hamilton. Netminders Petr Mrazek and James Reimer are unrestricted free agents next summer, as is Hamilton. 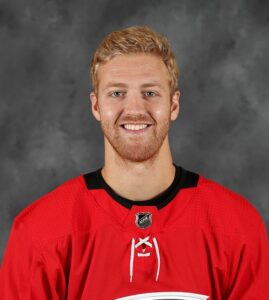 SPECTOR’S NOTE: Mrazek and Reimer weren’t bad last season plus their combined $6.25 million cap hit makes them very affordable for the Hurricanes. Nevertheless, neither goalie has really ever stood out as a starter.

The Hurricanes will stick with this duo for the upcoming season but could go shopping for help if one or both struggle before the trade deadline. Waddell could also be in the market for an upgrade next summer if Mrazek and Reimer fail to carry the club deep into the playoffs.

The Hurricanes would like to sign Hamilton before the start of the season to remove any questions about his future with the franchise. However, the flattened salary cap and economic impact of the coronavirus could affect those efforts. Waddell isn’t ruling out a long-term deal but isn’t ruling out a short-term contract.

SPECTOR’S NOTE: Cap Friendly indicates Hamilton’s in the final year of a six-year, $34.5 million contract with an annual average value of $5.75 million. He could be receptive to a short-term deal but salary and no-trade protection could be the main issues. The Hamilton camp could seek a significant raise for their client, perhaps as high as $8 million annually if he has another Norris-worthy performance.

TORONTO SUN: Steve Simmons believes the Maple Leafs lack a typical third-line center. While they have Joe Thornton and Alex Kerfoot, “Thornton can’t play 200-foot hockey anymore and can’t be counted on to play in the defensive zone. Kerfoot is a better winger than he is a centre.” Simmons feels the combination of the two will test head coach Sheldon Keefe’s ability to manage in-games throughout the season.

SPECTOR’S NOTE: It could also force Leafs GM Kyle Dubas to seek help before the trade deadline if it becomes a significant issue.

Simmons also wonders if the fact Zdeno Chara still hasn’t signed with the Boston Bruins is an indication the big defenseman is packing it in.

SPECTOR’S NOTE: Perhaps, though his agent recently said his client is waiting to see what the format for next season looks like. A shortened schedule with limited travel could be to the 43-year-old Chara’s liking.

← NHL Morning Coffee Headlines - November 23, 2020 Ekman-Larsson Still A Coyote But For How Long? →
We use cookies on our website to give you the most relevant experience by remembering your preferences and repeat visits. By clicking “Accept”, you consent to the use of ALL the cookies.
Do not sell my personal information.
Cookie SettingsAccept
Manage consent