Could the Lightning and Red Wings become trade partners? Are the Predators preparing for more moves? What’s the latest on Mikael Granlund? Find out in today’s NHL rumor mill.

THE ATHLETIC: In a recent mailbag segment, Eric Duhatschek was asked what moves the Tampa Bay Lightning could make to shed sufficient cap space to re-sign Anthony Cirelli and Erik Cernak while staying cap compliant for 2020-21. 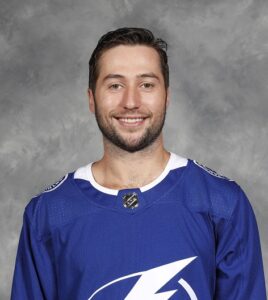 Duhatschek suggested the Detroit Red Wings as “the obvious first landing place” to address the Lightning’s cap issues. Red Wings general manager Steve Yzerman is the former Lightning GM and responsible for many of the contracts on their books.

“In a perfect world,” Duhatschek said he’d try to move Tyler Johnson and Alex Killorn to Detroit, along with a first-round pick and quality young player. He thinks the Wings would jump on that deal if the young player was Cernak but the Bolts don’t want to part with him. Whatever moves the Lightning make they won’t be taking back players in return.

SPECTOR’S NOTE: Duhatschek’s colleagues Joe Smith and Max Bultman discussed the possibility of a Lightning-Red Wings swap. They agree Johnson or Killorn to the Wings could make sense depending on what the rest of the package looks like.

As Duhatschek points out, the Wings seem a logical trade partner for the Lightning given their cap space and Yzerman’s ties to the Bolts. However, that depends on whether the Wings are among the preferred trade destinations for Johnson or Killorn.

Duhatschek also commended the Nashville Predators for a “quietly successful” offseason, creating nearly $13 million in cap space while adding affordable grit such as Luke Kunin, Nick Cousins, Brad Richardson and Mark Borowiecki. He feels they’ve done their heavy lifting and suggests they hoard their cap space to see what the club looks like on the ice and what areas of the roster still needs improvement.

Poile could add Hoffman on a one-year deal for considerably less than the $5.5 million to $6.5 million the winger’s camp reportedly seeks. That would still leave sufficient cap room to make other additions over the course of the season if required.

If Poile has made his significant moves this offseason it won’t hurt to have that cap space for the coming season, especially near the trade deadline.

Carolina and CBJ (among other teams) remain two potential landing spots for Mikael Granlund. #Preds also interested in both him and Hoffman but have much better chance of landing Hoffman than they do Granlund. #Canes #CBJ

← NHL Morning Coffee Headlines - December 2, 2020 NHL Free Agents Still Playing The Waiting Game →
We use cookies on our website to give you the most relevant experience by remembering your preferences and repeat visits. By clicking “Accept”, you consent to the use of ALL the cookies.
Do not sell my personal information.
Cookie SettingsAccept
Manage consent