​Check out the latest on the Jets, Canadiens, Red Wings and more in today’s NHL rumor mill.

WINNIPEG FREE PRESS: Mike McIntyre reports the status of Patrik Laine and Jack Roslovic are among the pressing matters facing the Winnipeg Jets as they prepare for the upcoming 2020-21 season. 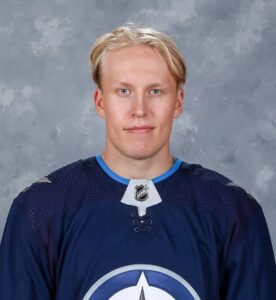 What will the Winnipeg Jets do with winger Patrik Laine?(NHL Images)

Earlier this fall, Laine’s agent suggested a trade might be “mutually beneficial” for his client and the Jets. However, the winger remains with the Jets. He has a year remaining on his contract. McIntyre wonders if this will become a season-long distraction or if it’ll blow over quickly.

SPECTOR’S NOTE: That depends on whether Laine can rediscover the chemistry he had with center Paul Stastny, who was reacquired by the Jets following a two-year stint with the Vegas Golden Knights.

Jets general manager Kevin Cheveldayoff doesn’t have to rush into trading Laine, who’s a restricted free agent with arbitration rights next summer. He can afford to wait for the right offer if he decides to shop the talented winger.

Roslovic is a restricted free agent coming off his entry-level contract. His agent told McIntyre there’s been no progress in contract talks with the Jets. The 23-year-old forward has been the subject of trade speculation. Cheveldayoff has explored Roslovic’s trade value but hasn’t found a deal to his liking.

SPECTOR’S NOTE: Roslovic seems more likely to be traded than Laine right now. Cheveldayoff could have better luck finding a suitable trade partner now that the start of the season has finally been announced. The Jets could use more depth on the blue line so I wouldn’t be surprised if Cheveldayoff seeks a defenseman in return.

SPORTSNET: Elliotte Friedman believes the Montreal Canadiens might not be done dealing following a busy offseason of player movement. He cites a source claiming Canadiens GM Marc Bergevin is still looking to improve his roster.

SPECTOR’S NOTE: Cap Friendly shows the Canadiens with over $383K in cap space. If Bergevin is looking at improving his roster it could be a dollar-for-dollar swap or a deal in which he ships out a player for one with a more affordable cap hit.

Tomas Tatar ($4.8 million), Paul Byron ($3.4 million AAV through 2022-23) and Philip Danault ($3.083 million) have come up as potential trade candidates. Bergevin could be loath to move any of them but he does have a history of making bold moves.

MLIVE.COM: Ansar Khan reports Detroit Red Wings general manager Steve Yzerman said he might make another move before the season begins. The Wings have over $9 million in salary-cap space for the coming season.

F Andreas Athanasiou, just 25. Defensive concerns, yes, but the guy can skate. His agent Darren Ferris in discussions with team right now.
RHD’s Sami Vatanen and Travis Hamonic also still out there, both 29…
Bargain city out there right how.

← NHL Morning Coffee Headlines - December 23, 2020 Expect Creativity By NHL Clubs Trying To Shed Salary →
We use cookies on our website to give you the most relevant experience by remembering your preferences and repeat visits. By clicking “Accept”, you consent to the use of ALL the cookies.
Do not sell my personal information.
Cookie SettingsAccept
Manage consent