​An update on Mathew Barzal and some recent Sabres speculation in the Sunday NHL rumor roundup. 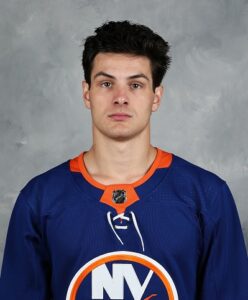 That cap flexibility will be placed toward signing Barzal. The 23-year-old center is a restricted free agent coming off his entry-level contract. Gross doubts he’ll receive an offer sheet from a rival club. Industry expectations suggest he’ll sign a two- or three-year bridge deal from the Islanders worth an annual average value of around $7 million.

The Islanders still have to announce its deals with unrestricted free agents Matt Martin, Andy Greene and Cory Schneider. Gross expects Schneider will most likely try to resurrect his career with the Isles AHL farm team in Bridgeport.

SPECTOR’S NOTE: Cap Friendly indicates the Islanders have $3.9 million in cap space. Placing Boychuk on LTIR allows them to exceed the cap by the equivalent of his $6 million AAV. Lamoriello could be waiting to find out when the season will begin before finalizing the Barzal contract and formally announcing the deals for Martin, Greene and Schneider.

An offer sheet for Barzal is possible but unlikely given the few teams with sufficient salary-cap space to make a significant offer. Lamoriello informed his rivals he would match any offer. I don’t see any of them trying to call his bluff.

NBC SPORTS: James O’Brien recently examined potential trade options for the Buffalo Sabres if they once again find themselves outside the playoff picture during 2020-21.

Winger Taylor Hall could be a valuable trade chip if the Sabres are out of contention by the trade deadline. He has a no-movement clause in his one-year contract but could approve a deal if the Sabres sink in the standings. Veteran center Eric Staal is also under contract for the coming season. His affordable $3.25 million cap hit could make him enticing in the trade market.

If things go south for the Sabres, O’Brien wondered if this could be the season they trade defenseman Rasmus Ristolainen. He also doesn’t rule out moving winger Sam Reinhart but considers it unlikely.

SPECTOR’S NOTE: If the Sabres are a contender this season those players won’t be going anywhere even at the risk of losing Hall to free agency next summer. Another disappointing performance, however, will see them become sellers at the trade deadline.

← NHL Morning Coffee Headlines - December 6, 2020 NHL Morning Coffee Headlines - December 7, 2020 →
We use cookies on our website to give you the most relevant experience by remembering your preferences and repeat visits. By clicking “Accept”, you consent to the use of ALL the cookies.
Do not sell my personal information.
Cookie SettingsAccept
Manage consent