​The Dallas Stars remain sidelined by COVID-19, an update on the Canucks after they canceled yesterday’s practice, the latest contract signings and more in today’s NHL morning coffee headlines.

SPORTSNET: The Dallas Stars remain sidelined by a COVID-19 outbreak among six players and two staff members. The club last practiced on Wednesday. Their regular-season schedule has been revised with their season-opener now slated for Jan. 19.

Meanwhile, the Vancouver Canucks will resume practice today after canceling activities on Sunday as a precautionary measure due to potential COVID-19 exposure.

SPECTOR’S NOTE: COVID-19 remains a factor despite the league’s health and safety protocols. Expect more canceled practices and perhaps future game postponements over the course of this season similar to those in other major pro sports leagues in recent months. 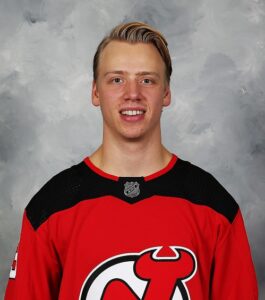 SPECTOR’S NOTE: It will still take some time for Bratt to join his teammates. He’s still in Sweden awaiting a work visa, after which he’ll have to quarantine for seven days after traveling to New Jersey. He’ll miss their opening two games of the season on Jan. 14 and 16 and perhaps more depending on how long it takes to get his visa sorted out.

LAS VEGAS REVIEW-JOURNAL: Golden Knights winger Alex Tuch is listed as day-to-day with an undisclosed injury and could miss their season-opener on Jan. 14 against the Anaheim Ducks.

TSN: The Columbus Blue Jackets signed Michael Del Zotto to a one-year, two-way contract. He was attending their training camp on a tryout basis.

THE SCORE: Promising prospect Tim Stuetzle had his first practice session with the Ottawa Senators yesterday. The 18-year-old center was selected third overall by the Senators in the 2020 NHL Draft.

If a team acquires a player on waivers, can they loan them to the taxi squad?

The answer is no, the new team would need to put the player on waivers again, and only after clearing could the player be put on the taxi squad.

← NHL Preview East Division: The Good, The Bad, and the Ugly NHL Rumor Mill - January 11, 2021 →
We use cookies on our website to give you the most relevant experience by remembering your preferences and repeat visits. By clicking “Accept”, you consent to the use of ALL the cookies.
Do not sell my personal information.
Cookie SettingsAccept
Manage consent