NHL.COM: Rookie Yegor Sharangovich’s first NHL goal was also a game-winner in the dying seconds of overtime as the New Jersey Devils nipped the Boston Bruins 2-1. Miles Wood opened the scoring and goaltender Mackenzie Blackwood made 27 saves for the win. Patrice Bergeron replied for the Bruins, who also lost winger Ondrej Kase (upper-body injury) after being hit by Wood with what appeared to be a high stick in the second period.

The Arizona Coyotes picked up their first win of the season by downing the San Jose Sharks 5-3. Phil Kessel scored twice, Oliver Ekman-Larsson collected three assists and Antti Raanta kicked out 31 shots for the Coyotes. Timo Meier had a goal and two assists for the Sharks.

SPECTOR’S NOTE: It took Kessel six games into 2019-20 to tally his first two goals in what was a disappointing season for the veteran winger. He now has three in his first two games this season.

Montreal Canadiens goaltender Carey Price turned aside 34 shots to backstop his club over the Edmonton Oilers 5-1. Tomas Tatar and Jeff Petry each tallied twice for the Habs, who held Oilers superstars Connor McDavid and Leon Draisaitl scoreless in this contest. 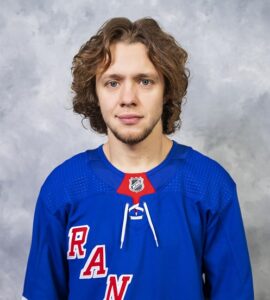 After being shut out 4-0 by the New York Islanders in their first meeting of this season, the New York Rangers turned the tables by blanking the Isles 5-0. Artemi Panarin and Pavel Buchnevich each scored twice. Ilya Sorokin made his NHL debut in goal for the Islanders after starter Semyon Varlamov was injured during warmups after he was hit in the throat by a puck.

SPECTOR’S NOTE: Varlamov’s injury reportedly wasn’t serious but it was enough to keep him out of the lineup for this game. Isles coach Barry Trotz refused to blame Sorokin for the loss, pinning it instead on his club’s overall poor performance in this contest.

Robby Fabbri’s goal late in the third period was the game-winner as the Detroit Red Wings doubled up the Carolina Hurricanes 4-2. Dylan Larkin scored twice and Bobby Ryan tallied his first with the Wings. Andrei Svechnikov had a goal and an assist for the Hurricanes.

SPECTOR’S NOTE: A much better effort by the Wings in this contest after getting blanked 3-0 by the Hurricanes in their season opener.

Joe Thornton netted his first goal with the Toronto Maple Leafs as they held on to edge the Ottawa Senators 3-2. Mitch Marner factored in each Leaf goal, tallying once and setting up two others. Senators rookie Tim Stuetzle scored his first career NHL goal. Leafs forward Nick Robertson left the game in the first period with an apparent knee injury.

SPECTOR’S NOTE: The Leafs improved their defensive play following a sloppy loss 5-3 loss to the Senators on Friday night. They controlled the puck most of the night, out-shooting the Senators 40-19.

A four-goal third-period outburst powered the Nashville Predators to a 5-2 win over the Columbus Blue Jackets to sweep their season-opening two-game series. Predators goalie Juuse Saros made 42 saves while Brad Richardson snapped a 2-2 tie with what proved to be the winning goal. Alexandre Texier had a goal and an assist for the Jackets.

The Minnesota Wild overcame a 3-1 deficit to the Los Angeles Kings for the second straight game for a 4-3 overtime victory. Marcus Johansson tallied the game-winner with Kirill Kaprizov (the overtime hero in the first game) picking up an assist. Ryan Suter had a goal and an assist for the Wild.

Max Pacioretty was the overtime hero as his Vegas Golden Knights defeated the Anaheim Ducks 2-1. William Karlsson scored the tying goal late in the third, setting the stage for Pacioretty’s winner. John Gibson made 31 saves for the Ducks.

Calgary Flames goalie Jacob Markstrom turned in a 32-save shutout against the Vancouver Canucks to defeat his former club 3-0. The Flames got power-play goals by Sean Monahan, Dillon Dube and Matthew Tkachuk. Former Canucks defenseman Chris Tanev led all blueliners in this game with eight blocked shots.

NBC SPORTS PHILADELPHIA: Flyers center Sean Couturier will be sidelined for at least two weeks with a costochondral separation, which is when one of the ribs becomes separated from the sternum.

TRIBLIVE.COM: Pittsburgh Penguins forward Jared McCann was fined $10,000.00 by the NHL’s department of player safety for elbowing Flyers defenseman Travis Sanheim in the head on Friday. Sanheim seemed to escape injury and finished the game.

WINNIPEG SUN: The Jets canceled practice on Saturday due to potential exposure to COVID-19. It remains to be seen if they’ll hold practice on Sunday.

EDMONTON JOURNAL: The Oilers yesterday claimed goaltender Troy Grosenick off waivers from the Los Angeles Kings. Because of COVID-19 travel restrictions, he’ll have to stay in Edmonton for 14 days, meaning he’ll miss the club’s upcoming four-game road trip to Toronto and Winnipeg.

SPORTSNET: Elliotte Friedman reported goaltender Jimmy Howard will announce his retirement in the coming days. He spent his entire 14-season NHL career with the Detroit Red Wings. In 543 games, he had a record of 246 wins, 196 losses and 70 overtime defeats, with a 2.62 goals-against average, a .912 save percentage and 24 shutouts.

CBC.CA: Adam McQuaid has officially announced his retirement. He last played in 2018-19 but was sidelined by a herniated disc in his neck, leading to concussion symptoms and nerve pain in one arm. In 512 NHL games, McQuaid tallied 16 goals and 73 points with a plus-minus of plus-62 with the Boston Bruins, New York Rangers and Columbus Blue Jackets. He played all but one of his 10 seasons with the Bruins, helping them win the Stanley Cup in 2011.

SPECTOR’S NOTE: Howard joined the Red Wings at the tail end of their dominance but played well through most of his tenure. McQuaid was a hard-nosed defensive blueliner who was a key part of the Bruins’ defense corps for most of his time in Boston. Best wishes to both players in their future endeavors.

← NHL Rumor Mill - January 16, 2021 Sunday NHL Rumor Roundup - January 17, 2021 →
We use cookies on our website to give you the most relevant experience by remembering your preferences and repeat visits. By clicking “Accept”, you consent to the use of ALL the cookies.
Do not sell my personal information.
Cookie SettingsAccept
Manage consent