NHL.COM: Jake Guentzel tallied the only goal in a shootout as the Pittsburgh Penguins picked up their first win over the season by edging the Washington Capitals 4-3. Capitals captain Alex Ovechkin scored his first of the season, moving to within one career goal of tying Mike Gartner (708) for seventh place on the all-time goal-scoring list. 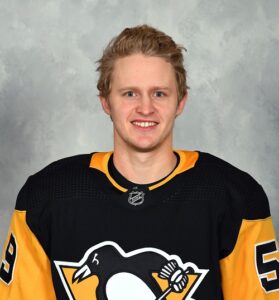 Three unanswered third-period goals by Eetu Luostarinen, Patric Hornqvist and Jonathan Huberdeau lifted the Florida Panthers to a 5-2 season-opening victory over the Chicago Blackhawks. Huberdeau had a goal and two assists while teammate Keith Yandle tallied his 100th career goal in his 867th consecutive NHL game.

SPECTOR’S NOTE: Trade rumors dogged Yandle last week amidst speculation he could become a healthy scratch, snapping his Ironman streak. It remains to be seen how things unfold for the veteran blueliner and the Panthers.

THE PROVINCE: Vancouver Canucks forward J.T. Miller returns to the lineup after missing the club’s first three games in coronavirus quarantine as a high-risk contact of teammate Jordie Benn.

THE DENVER POST: Colorado Avalanche defensemen Erik Johnson and Bowen Byram will join their teammates after completing COVID-19 quarantine. Johnson missed all of training camp and the Avs’ first test games after testing positive for the coronavirus. Byram was in quarantine after traveling from Canada following the 2021 World Juniors in Edmonton.

TORONTO SUN: The Maple Leafs placed center Jason Spezza and goaltender Aaron Dell on waivers for the purpose of assigning them to their taxi squad. Spezza indicated he’ll retire immediately if claimed by another club. Dell, meanwhile, could be targeted by a club with goalie issues like the Edmonton Oilers.

STLTODAY.COM: The Blues placed defenseman Robert Bortuzzo on injured reserve following a hit to the head suffered during Friday’s loss to the Colorado Avalanche. Bortuzzo was struck by the shoulder of Avs winger Valeri Nichushkin.

← Sunday NHL Rumor Roundup - January 17, 2021 NHL Rumor Mill - January 18, 2021 →
We use cookies on our website to give you the most relevant experience by remembering your preferences and repeat visits. By clicking “Accept”, you consent to the use of ALL the cookies.
Do not sell my personal information.
Cookie SettingsAccept
Manage consent