​A look at some predicted moves for this season involving Patrik Laine, Ryan Nugent-Hopkins, Duncan Keith and more in the NHL rumor mill. 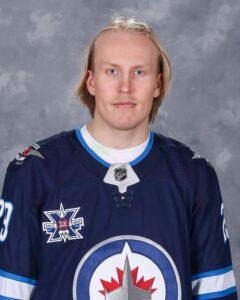 SPECTOR’S NOTE: I’ve learned never to say never in this business so I don’t rule out Laine hitting the trade block before Apr. 12. However, I don’t see that happening if the Jets are in the thick of the playoff chase.

Seravalli isn’t the only pundit suggesting swapping Laine for Dubois. On paper, it makes sense. The Jets get a reliable second-line center while the Jackets bring in a type of goal scorer they haven’t had since Rick Nash left town almost 11 years ago.

The problem is we don’t know if Jets management wants to swap Laine for a second-line center when blue-line depth is their primary concern. I think they’ll want much more than that for a winger with 50-goal potential. We also don’t know how well Laine will get along with Blue Jackets head coach John Tortorella. There’s also the concern over whether Laine or Dubois would commit long-term to their new clubs.

Laine would certainly provide a boost to the Hurricanes’ offense but he could end up on the second line if he doesn’t click with first-line center Sebastian Aho. A return of Trocheck and Pesce could tempt the Jets, but not if it’s just one or the other unless something else of significance is included in the deal. Moving Trocheck for Laine would leave the Hurricanes without a suitable second-line center.

Seravalli predicts Ryan Nugent-Hopkins could become the top target on TSN’s top free-agent list for 2021. The 27-year-old center wants to stay with the Edmonton Oilers but the club has no plans of going beyond $7 million annually on a long-term deal.

SPECTOR’S NOTE: The flattened salary cap for next season could work to the Oilers’ advantage here. Nugent-Hopkins might not find many better offers because a number of teams will have limited cap space to make a competitive bid for his services. We’ll see how things unfold by July.

Speaking of the Oilers, Seravalli believes they’ll trade for another goaltender before the trade deadline.

SPECTOR’S NOTE: Seravalli made that prediction before Smith landed on long-term injury reserve last week. General manager Ken Holland will keep an eye on the waiver wire in the short term but I wouldn’t rule out Holland testing the trade market this season.

Seravalli thinks Chicago Blackhawks defenseman Duncan Keith will seek a trade after this season. The 37-year-old blueliner has two years left on his contract at $5.5 million annually.

SPECTOR’S NOTE: Again, never say never. He’s got a full no-movement clause but could waive it if the right opportunity presents itself. Cap Friendly indicates Keith only has $3.6 million in actual salary remaining on his deal ($2.1 million for next season, $1.5 million for 2022-23). However, the cap hit itself could be difficult to move unless the Blackhawks pick up part of it. His age will also be a factor. He turns 38 this summer and his best seasons are now behind him.

← NHL Morning Coffee Headlines - January 18, 2021 Destinations For Dubois The Hot Topic In The NHL Rumor Mill →
We use cookies on our website to give you the most relevant experience by remembering your preferences and repeat visits. By clicking “Accept”, you consent to the use of ALL the cookies.
Do not sell my personal information.
Cookie SettingsAccept
Manage consent