NHL.COM: Anton Khudobin had a 34-shot shutout as the Dallas Stars crushed the Nashville Predators 7-0. The Stars tallied a franchise-record five power-play goals in their season-opener which had been delayed nearly two weeks due to a spread of COVID-19 among several players. Alexander Radulov and Joe Pavelski each scored twice for the Stars but captain Jamie Benn left the game with a lower-body injury following an awkward collision with Nashville’s Viktor Arvidsson in the second period. The club provided no update on Benn’s status following the game. 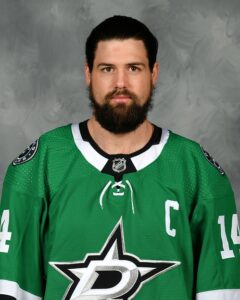 The Washington Capitals edged the Buffalo Sabre 4-3 on a shootout goal by John Carlson. Jakub Vrana had a goal and an assist for the Capitals but they also lost rugged winger Tom Wilson to a lower-body injury. The Caps were playing without Alex Ovechkin, Evgeny Kuznetsov, Dmitry Orlov and Ilya Samsonov as the four were recently placed on their COVID-19 absence list. Sabres rookie Dylan Cozens tallied his first career NHL goal.

Kris Letang netted the game-winner in a shootout as the Pittsburgh Penguins overcame a 3-1 deficit to nip the New York Rangers 4-3. Penguins goalie Tristan Jarry made 31 saves for his first win of the season. Former Charlottetown Islanders defenseman Pierre-Olivier Joseph collected an assist in his NHL debut with the Penguins.

Toronto Maple Leafs captain John Tavares broke a 2-2 tie with a third-period power-play goal in a 4-2 victory over the Edmonton Oilers. Connor McDavid and Leon Draisaitl scored for the Oilers. The Leafs were playing without Auston Matthews and Joe Thornton. Matthews (upper-body) isn’t expected to be sidelined for long but Thornton (fractured rib) will be out for at least a month.

The Chicago Blackhawks picked up their first victory of the season by downing the Detroit Red Wings 4-1. Blackhawks goaltender Kevin Lankinen kicked out 30 shots for his first career NHL win while Patrick Kane had a goal and an assist.

San Jose Sharks goaltender Devan Dubnyk lost his first game against his former club as the Minnesota Wild picked up a 4-1 win. Joel Eriksson Ek and Jordan Greenway each had a goal and an assist for the Wild while Kaapo Kakhonen got the win after replacing sidelined starter Cam Talbot, who left the game with a lower-body injury. It’s uncertain how long Talbot could be sidelined but he’s expected to miss Sunday’s rematch.

The Arizona Coyotes spoiled the Vegas Golden Knights’ home-opener with a 5-2 victory to snap the latter’s four-game season-opening win streak. Conor Garland led the way for the Coyotes with a goal and two assists. Coyotes goalie Antti Raanta (undisclosed) missed the game but will rejoin his teammates for Tuesday’s match against the Anaheim Ducks.

TSN: Darren Dreger last night reported the Columbus Blue Jackets are closing in on a trade involving Pierre-Luc Dubois. The 22-year-old center requested a trade earlier this month and was benched for most of Thursday’s games against the Tampa Bay Lightning.

Dreger reports the Winnipeg Jets are the front-runners, although nothing is done yet. He speculates Patrik Laine or Jack Roslovic could be part of this deal as both players requested trades from the Jets. Dreger feels a trade could be done before the end of this weekend, perhaps as early as Saturday.

Pierre LeBrun points out Roslovic, a Columbus native, would be a natural fit with the Blue Jackets. He also reports the Anaheim Ducks and Montreal Canadiens appear to be among the other interested clubs.

The Athletic’s Aaron Portzline tweeted Dubois was informed he’ll be a healthy scratch for Saturday’s rematch against the Lightning, assuming he’s still on the team by then.

SPECTOR’S NOTE: It was assumed Jackets general manager Jarmo Kekalainen preferred to retain Dubois for the remainder of this season and attempt to trade the center in the offseason. Dubois’ benching on Thursday, however, appears to have created an untenable situation that cannot be allowed to fester any longer. I’ll have more about this in the Rumors section.

Speaking of Laine, he’s nursing an upper-body injury and was placed on injured reserve yesterday by the Jets. Nate Thompson (lower body) was also placed on IR.

OTTAWA SUN: Senators rookie Tim Stuetzle could return to the lineup today against the Jets after missing the last two games with an undisclosed ailment.

USA TODAY: NBC Universal will reportedly shut down its main sports channel (NBCSN) at the end of 2021. NBC owns the NHL’s national broadcast rights in the United States, with most of the league’s game televised on NBCSN. The league’s deal with the network expires at the end of this season.

SPECTOR’S NOTE: The NHL intended to shop around for a new broadcasting deal this summer. If they stay with NBC, their games would be shown on USA Network, which goes into more homes than NBCSN currently does.

← Some Early NHL Norris Trophy Odds NHL Rumor Mill - January 23, 2021 →
We use cookies on our website to give you the most relevant experience by remembering your preferences and repeat visits. By clicking “Accept”, you consent to the use of ALL the cookies.
Do not sell my personal information.
Cookie SettingsAccept
Manage consent