​The latest on Matt Dumba, Eric Staal, Max Domi and Jonathan Bernier, plus updates on the Sabres and Coyotes in today’s NHL rumor mill. 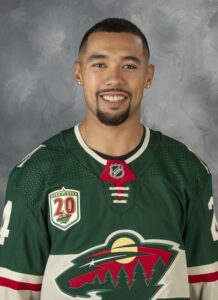 SPECTOR’S NOTE: Dumba’s on this list because of the difficulty facing the Wild in protecting him in the expansion draft. With the team playing well, however, general manager Bill Guerin could be reluctant to make a significant move that might upset team chemistry. He could wait until the offseason, perhaps around the NHL Draft, to trade Dumba before the expansion draft.

Staal’s garnered plenty of attention in the rumor mill with recent speculation tying him to the Edmonton Oilers and his former club, the Carolina Hurricanes. I consider him most likely to move among the newbies on The Athletic’s list.

Injuries have limited Manson to six games this season. Custance and Duhatschek noted there is precedent for teams to acquire an injured defenseman at the trade deadline (Sami Vatanen). However, the year he has remaining on his contract could create headaches for teams trying to protect their defensemen in this summer’s expansion draft.

The Blue Jackets’ fading playoff hopes could lead to them moving Merzlikins or Joonas Korpisalo at the deadline. With a year left on his contract at an affordable $4 million, he could be enticing for teams seeking goalie depth beyond this season.

The Coyotes could consider shopping Raanta as he’s due to become an unrestricted free agent this summer. However, that’s not a certainty with starter Darcy Kuemper sidelined and the Coyotes trying to stay in the playoff chase.

UPDATES ON THE SABRES AND COYOTES

WGR 550: Sportsnet’s Elliotte Friedman believes the Buffalo Sabres are trying to determine the value of all their players and where they fit into the club’s long-term plans. He believes GM Kevyn Adams is receiving calls and could be calling other clubs to see what the trade value is for his players.

He believes Eric Staal “will be motivated to go somewhere and play”. He expects the Sabres could get a second-round pick for him but this is a buyer’s market. Friedman also wonders if the club sees Sam Reinhart as part of their future with or without Jack Eichel. He thinks there is interest in the Sabres’ winger.

SPECTOR’S NOTE: I’ll be very surprised if Staal isn’t playing elsewhere by April 12. As for Reinhart, I don’t doubt there’s plenty of interest. He’s a restricted free agent with arbitration rights but there are bound to be some teams seeking scoring with available cap space to give him a lucrative extension if the Sabres get a quality offer for him.

AZ COYOTES INSIDER: In a recent mailbag segment, Craig Morgan was asked about the recent Clayton Keller trade rumors, Morgan doesn’t believe the 22-year-old forward is high on the trade board. He has seven years left on his contract with an annual average value of $7.15 million.

Asked about what moves the Coyotes could make at this year’s trade deadline. He anticipates GM Bill Armstrong will try to ship out as many players on expiring contracts as possible in exchange for draft picks as he restocks the prospect cupboard. However, he feels Armstrong could add a player if the right opportunity presents itself.

SPECTOR’S NOTE: In other words, look for guys like Raanta, Niklas Hjalmarsson (if he waives his no-movement clause), Alex Goligoski, Derick Brassard and Jason Demers to become the Coyotes’ trade candidates.

Goligoski recently surfaced in trade speculation. The Athletic’s Pierre LeBrun recently said he believes the Philadelphia Flyers have him on their list of potential targets. He’s a left-handed shot but can play either side. However, his $5.475 million AAV (with currently $2.69 million remaining to be paid) could be a sticking point.

LATEST ON DOMI AND BERNIER

THE ATHLETIC: Aaron Portzline listed Max Domi in the “Available” category of the Columbus Blue Jackets’ trade tiers. He’s made very little impact since joining the Jackets in an offseason trade with Montreal. Given Domi’s struggles, however, Portzline believes they’d have to sell low and that would cement the Josh Anderson trade as one of the worst in franchise history.

SPECTOR’S NOTE: Some players thrive under a demanding coach like John Tortorella. Some don’t. Domi is in the latter category. Given his inconsistent play throughout his career, however, his trade value is likely at an all-time low.

MLIVE.COM: Ansar Khan believed Jonathan Bernier will draw plenty of interest around the league from contenders seeking goaltending depth. He thinks they might even get a second-round pick for the pending free agent. Moving him would weaken the Wings’ depth between the pipes but they could attempt to bring him back this summer via the UFA market.

SPECTOR’S NOTE: The Colorado Avalanche could be among the suitors. The Denver Post’s Mike Chambers suggested bringing him back for the playoffs. However, The Athletic’s Peter Baugh pointed out the Avs’ limited salary cap space could make it difficult for GM Joe Sakic to wheel and deal at the deadline.

← NHL Morning Coffee Headlines - March 13, 2021 NHL Betting: McDavid, Kane, and Matthews Top The Hart Charts →
We use cookies on our website to give you the most relevant experience by remembering your preferences and repeat visits. By clicking “Accept”, you consent to the use of ALL the cookies.
Do not sell my personal information.
Cookie SettingsAccept
Manage consent