NHL.COM: Patrick Marleau tied Gordie Howe’s record of 1,767 NHL games played as his San Jose Sharks fell to the Minnesota Wild 5-2. Marleau can break Howe’s record when the Sharks face the Vegas Golden Knights on Monday. Minnesota’s Mats Zuccarello had a goal and an assist while Zach Parise tallied the game-winner as the Wild (57 points) moved to within five points of the second-place Golden Knights in the Honda West Division. 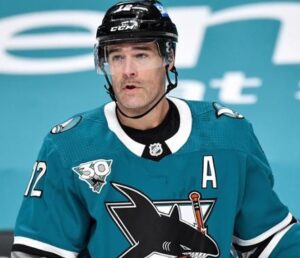 SPECTOR’S NOTE: That’s a remarkable streak of longevity on Marleau’s part. His NHL career began in October 1997, spending over 20 of his 23 seasons with the Sharks. This season, however, is likely to be his last as the 41-year-old has just 8 points in 44 games. We should take the time to appreciate his career while he’s still playing.

For those of you unhappy over a supposedly “lesser player” breaking the great Howe’s NHL games record, console yourself with the fact that Howe’s record of playing five decades in the NHL remains intact. Factor in Howe’s 419 WHA games, and he remains the all-time leader in professional games played with 2,186.

The Arizona Coyotes overcame a 2-0 deficit to defeat the St. Louis Blues 3-2. Coyotes goaltender Darcy Kuemper made 20 saves and Michael Bunting netted the game-winner. With the win, the Coyotes (45 points) vault one point over the Blues into fourth in the West.

SPECTOR’S NOTE: It was an emotional win for the Coyotes as they inducted Leighton Accardo, a Coyotes fan who died last November at age 9 from cancer, into their Ring of Honor. With his team down by two goals, Coyotes captain Oliver Ekman-Larsson guaranteed a win during a first-intermission interview. He and his teammates delivered on that promise.

Alex Ovechkin scored two goals and John Carlsson collected four assists to lead the Washington Capitals to a 6-3 victory over the Philadelphia Flyers. Ovechkin is now one goal behind Marcel Dionne (731) for fifth place on the all-time goal-scoring list. The Capitals sit in first place in the MassMutual East Division with 62 points while the Flyers (46 points) are eight points behind the fourth-place Boston Bruins. Flyers goaltender Carter Hart was scratched just prior to the game with a lower-body injury.

The Pittsburgh Penguins extended their points streak to five games by holding off the Buffalo Sabres 3-2. Tristan Jarry made 28 saves and Bryan Rust netted the game-winning goal as the Penguins (59 points) move one point ahead of the New York Islanders into second place in the East. The Sabres became the first team to be officially eliminated from the playoff race.

Pavel Buchnevich’s hat trick carried the New York Rangers over the New Jersey Devils 6-3. Artemi Panarin had a goal and three assists for the Rangers, who sit four points behind the Bruins.

Connor McDavid became the first player to reach 70 points this season by collecting two assists in the Edmonton Oilers’ 3-0 win over the Winnipeg Jets. Mike Smith made 26 saves for the shutout as the Oilers (54 points) moved within three points of the second-place Jets in the Scotia North Division.

The Ottawa Senators ruined Carey Price’s return to the Montreal Canadiens net with a 4-0 victory. Price missed six games with a lower-body injury. Ottawa’s Matt Murray turned in a 23-save shutout performance while Drake Batherson scored twice. The Canadien (47 points) still hold a six-point lead over the Calgary Flames for fourth place in the North.

Third-period goals by Janne Hakanpaa and Andrei Svechnikov lifted the Carolina Hurricanes to a 3-1 win over the Nashville Predators. The Hurricanes sit in first place in the Discover Central Division with 62 points, one ahead of the Florida Panthers while the Predators (49 points) hold a two-point lead over the Chicago Blackhawks for fourth place.

The Panthers, meanwhile, defeated the Tampa Bay Lightning 5-3 to hold a one-point lead over the latter. Sam Bennett collected two assists in his Florida debut while teammate Brandon Montour tallied his first goal with the Panthers.

A 29-save shutout by Malcolm Subban carried the Blackhawks over the Detroit Red Wings 4-0. Patrick Kane had a goal and an assist while Vinnie Hinostroza collected three helpers.

CBS SPORTS: Columbus Blue Jackets forward Gustav Nyquist is officially done for the season. He’s been sidelined since undergoing shoulder surgery in November. He’s expected to be fully recovered for next season.

← NHL Rumor Mill - April 17, 2021 Sunday NHL Rumor Roundup - April 18, 2021 →
We use cookies on our website to give you the most relevant experience by remembering your preferences and repeat visits. By clicking “Accept”, you consent to the use of ALL the cookies.
Do not sell my personal information.
Cookie SettingsAccept
Manage consent