​In today’s NHL rumor roundup: a look at what might be in store for Ryan Getzlaf, Josh Manson and Rickard Rakell this summer plus some speculation over Jonathan Bernier’s future with the Red Wings. 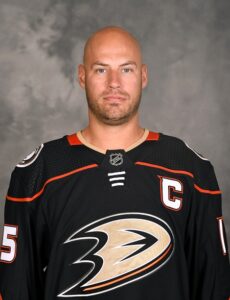 Getzlaf said he wanted to help Murray’s rebuilding project, even if that meant accepting a trade as a playoff rental player if the return helped the Ducks. The pending unrestricted free agent intends to wait until this season is over before considering his future plans.

He could re-sign with the Ducks or sign elsewhere and accept a considerable pay cut from the $8.25 million salary-cap hit of his current contract. Retirement is also a possibility. Family concerns and his own play could also factor into his decision.

SPECTOR’S NOTE: It wouldn’t be surprising if Getzlaf agrees to play another season with the Ducks. Perhaps they’ll work out a one-year, bonus-laden deal.

THE ATHLETIC: Eric Stephens reported Murray set high asking prices for defenseman Josh Manson and winger Rickard Rakell before the trade deadline. The Ducks GM said his goal was to add players already drafted who had a bit of NHL experience already if possible. Stephens wondered if the Ducks will make a significant move with either player at the 2021 NHL Draft in July.

SPECTOR’S NOTE: Manson and Rakell are due to become unrestricted free agents next summer. They’re worth keeping around if the Ducks were just retooling with an eye on reaching the playoffs next season. That’s no longer the case.

Perhaps Murray can find a suitable return for one or both players during the draft weekend. Failing that, both will likely be shopped as rental players at next year’s trade deadline.

THE ATHLETIC: Max Bultman wondered what the future holds for Jonathan Bernier. The Detroit Red Wings goaltender was the subject of trade rumors leading up to the April 12 deadline. He’s due to become an unrestricted free agent this summer. GM Steve Yzerman intends to wait until the end of the season to talk contract with his free agents.

SPECTOR’S NOTE: Bultman pointed out this summer’s expansion draft could complicate things. If they re-sign Bernier before the draft he’ll have to be protected. Waiting to sign him until after the draft could alleviate that problem.

← NHL Morning Coffee Headlines - April 18, 2021 NHL Morning Coffee Headlines - April 19, 2021 →
We use cookies on our website to give you the most relevant experience by remembering your preferences and repeat visits. By clicking “Accept”, you consent to the use of ALL the cookies.
Do not sell my personal information.
Cookie SettingsAccept
Manage consent