​No April Fool’s pranks here as we examine the latest notable changes to TSN’s trade-bait list in the NHL rumor mill. 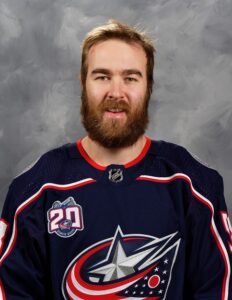 SPECTOR’S NOTE: The next week or so should determine if the Jackets become sellers by the April 12 trade deadline. Savard seems more likely to move than Foligno as it’s believed the Jackets hope to sign their captain to an extension before free agency opens in July.

Mattias Ekholm, who sat for weeks atop the board, slid to sixth while teammate Mikael Granlund dropped from third to seventh as the Nashville Predators surge into a playoff spot in the Central.

Seravalli doesn’t believe Predators general manager David Poile has pulled his players from the board but he could prefer giving his club the opportunity to prove they’re playoff-worthy before the trade deadline. Granlund was believed to be a primary target for the Toronto Maple Leafs, who could be forced to consider other forward options.

SPECTOR’S NOTE: The Predators’ recent improvement is also bad news for teams like the Boston Bruins who may have had an eye on Ekholm or Granlund. Like the Leafs, they could end up having to find other trade targets.

Granlund’s status as a pending UFA makes him a more likely trade candidate than Ekholm, who has a year remaining on his contract. The Predators’ rumored asking price of three assets for Ekholm (including a first-round pick and a top prospect) would’ve also turned off some potential suitors.

New Jersey Devils winger Kyle Palmieri moved up into the second spot on the board ahead of Buffalo Sabres left wing Taylor Hall. Palmieri’s $4.65 million cap hit would be easier to move than Hall’s $8 million.

SPECTOR’S NOTE: The Sabres could agree to absorb up to half of Hall’s cap hit if it would facilitate a trade that fetches a healthy return including a first-round pick.

NBC Sports Boston’s Nick Goss recently made the case for the Bruins to pursue Palmieri, citing his five 20-plus goal seasons and his improved production in recent games. The winger is a pending UFA and it’s been reported contract talks have stalled between his reps and Devils management.

Seravalli added Florida Panthers goaltender Chris Driedger at No. 12 and Philadelphia Flyers forward Scott Laughton at No. 16. The Panthers signing top prospect Spencer Knight could give them the flexibility to move Driedger as he’s is a potential expansion draft target. The Flyers, meanwhile, face a decision with pending UFA Laughton, who’s a versatile two-way forward.

SPECTOR’S NOTE: I don’t believe the Panthers will trade Driedger while they’re jockeying with Tampa Bay and Carolina for the top spot in the Discover Central Division. They can always wait and trade him in the offseason before the expansion draft. As promising as Knight is, he has no NHL experience right now. Laughton’s future in Philadelphia could depend upon where the Flyers are in the standing by the trade deadline.

SPECTOR’S NOTE: The struggling Blues could turn into sellers if they drop out of contention by the deadline but I still think GM Doug Armstrong sees himself as a buyer.

Armstrong could attempt to use Dunn as a trade chip to add a scoring forward. A restricted free agent with arbitration rights this summer. He carries a $1.875 million cap hit and surfaced in trade rumors earlier this season following a stretch of poor play.

Bennett could hit the block if the Flames fail to gain ground in the Scotia North Standings. His agent raised eyebrows around the league in late January by claiming his client wouldn’t object to a change of scenery. He could soon get his wish.

The Canucks would probably love to move Virtanen but his poor performance combined hurts his trade value. So does his contract, for while he carries a $2.55 million cap hit next season he’ll earn $3.4 million in actual salary.

← NHL Morning Coffee Headlines - April 1, 2021 Could The Bruins Become April Fools at 2021 NHL Trade Deadline? →
We use cookies on our website to give you the most relevant experience by remembering your preferences and repeat visits. By clicking “Accept”, you consent to the use of ALL the cookies.
Do not sell my personal information.
Cookie SettingsAccept
Manage consent