​In today’s NHL rumor mill, we take a look at the recent speculation over the futures of several head coaches.

THE ATHLETIC: Pierre LeBrun recently examined what the future could hold for several NHL coaches on expiring contracts or holding interim roles. 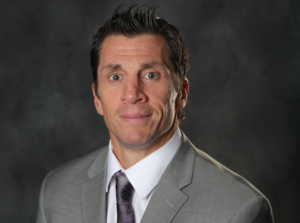 LeBrun believes the Carolina Hurricanes will sign Rod Brind’Amour to a new contract, citing team owner Tom Dundon’s recent reiteration that a deal will get done. His next contract could be worth over $2 million per season but reaching an agreement isn’t a slam dunk.

SPECTOR’S NOTE: Sportsnet’s Elliotte Friedman also reported the negotiations between the Hurricanes and Brind’Amour were more of a grind than expected. Like LeBrun, Friedman doesn’t see Brind’Amour moving on but the talks turned out to be more of a challenge.

I’ll be shocked if the Hurricanes fail to re-sign Brind’Amour. It’s no coincidence they rose to become a league powerhouse during his tenure behind the bench. Letting him walk would be a huge blunder on their part.

LeBrun chided the Vancouver Canucks for allowing head coach Travis Green to enter this season on an expiring contract as it garnered unwanted media attention. He believes they want to bring him back and suggested there could be news on that front sooner rather than later.

SPECTOR’S NOTE: Friedman also weighed in on Green’s contract status, saying he expects negotiations will get serious soon. Canucks general manager Jim Benning’s most recent comments indicated there was nothing new to report. Perhaps those discussions pick up later this month once the regular season ends.

Turning to the Arizona Coyotes, LeBrun speculates general manager Bill Armstrong could replace Rick Tocchet with his own bench boss. Armstrong inherited Tocchet when he took over last fall as GM.

As for the Detroit Red Wings, LeBrun doesn’t know if Jeff Blashill will return or not. Blashill has earned the opportunity to return but there could also be time for a fresh voice behind the bench.

SPECTOR’S NOTE: Tocchet and Blashill did the best they could in difficult situations with rebuilding clubs. They’ve earned the right to return but their respective general managers could see things differently. They shouldn’t have much difficulty finding other NHL coaching gigs if they depart from their current jobs.

Columbus Blue Jackets GM Jarmo Kekalainen didn’t tip his hand as to what’s in store for head coach John Tortorella in a recent interview with LeBrun. This could come down to what Kekalainen feels is right as much as what Tortorella feels like doing. It could be headed for a split.

SPECTOR’S NOTE: There’s been some speculation suggesting Tortorella could test the market this summer. I think the Jackets are ready for a change behind the bench. While “Torts” did a good job with them through most of his tenure it seemed like the players were getting weary of his system this year. Wingers Patrik Laine and Max Domi struggled throughout this season, raising more questions about Tortorella’s future in Columbus.

The Seattle Kraken and Buffalo Sabres are searching for a head coach. Gerard Gallant would be an obvious choice for the Kraken. Brind’Amour, Tocchet or Green could also fit the criteria.

If the Montreal Canadiens reach the playoffs, Dominique Ducharme could have his interim tag lifted.

I still think Gallant would be the best choice for the Kraken but Brind’Amour could jump to the top of the list if he and the Hurricanes fail to work out a deal. Francis and Brind’Amour were teammates and associated during their days in Carolina.

Making the playoffs might not be enough for Ducharme to become the Canadiens’ full-time bench boss. They’ll have to at least win their opening-round series to make that happen. Getting swept by the Leafs could spell the end of Ducharme’s tenure and perhaps that of Marc Bergevin as the Habs’ GM.

← NHL Morning Coffee Headlines - May 1, 2021 NHL Odds Debate: The NHL Awards And Anti Awards Take Center Stage? →
We use cookies on our website to give you the most relevant experience by remembering your preferences and repeat visits. By clicking “Accept”, you consent to the use of ALL the cookies.
Do not sell my personal information.
Cookie SettingsAccept
Manage consent