Canadiens center Jesperi Kotkaniemi signs an offer sheet from the Hurricanes. Check out the details plus the latest on Sidney Crosby, Mitch Marner and Gerard Gallant in today’s NHL morning coffee headlines.

MONTREAL GAZETTE: Canadiens center Jesperi Kotkaniemi signed a one-year, $6, 100,015 million offer sheet from the Carolina Hurricanes. The Canadiens have seven days to match the offer. If they don’t, the 21-year-old Kotkaniemi joins the Hurricanes and the Habs get the Canes’ first-round pick and their third-round pick in the 2022 NHL Draft as compensation. 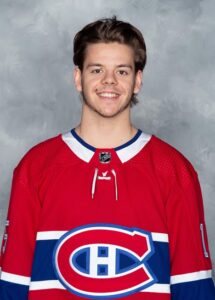 SPECTOR’S NOTE: The Hurricanes’ Twitter feed took great delight in trolling the Canadiens once the offer sheet signing was announced. That included issuing a bilingual statement that was almost word-for-word what Canadiens general manager Marc Bergevin said when he signed Aho to his offer sheet.

The revenge angle and the Hurricanes’ joyful spite provided considerable entertainment for some and annoyance over its pettiness from others. I’m more interested in the effect of this signing upon both clubs.

Kotkaniemi would become the second-highest paid forward on the Canadiens if they match the offer. While he has considerable promise, his play to date isn’t worth $6.1 million. Sportsnet’s Elliotte Friedman believes the Habs were talking a two-year deal in the $2.5 million per season range. TVASports’ Renaud Lavoie said $2.2 million annually was the highest suggestion he heard of Kotkaniemi’s worth from sources around the league.

This contract would create a salary-cap headache for the Canadiens. Cap Friendly shows them already above the $81.5 million by over $2.2 million. They can exceed the cap by 10 percent ($89.65 million) during the offseason but must be cap-compliant when the season begins. However, they’ll be allowed to go over the cap by $7.857 million if Shea Weber goes on long-term injury reserve as expected for 2021-22 ($89.357 million). They can exceed it by an additional $3.4 million by putting Paul Byron (hip surgery) on LTIR but would have to free up some space once he returns to action in the new year.

Kotkaniemi’s new salary would also affect the Habs cap payroll for 2022-23. It would cost $6.1 million to qualify his rights. That’s assuming, of course, he plays well enough to earn that type of deal.

The Canadiens already have $69.2 million invested in 12 players for next season, with Nick Suzuki, Alexander Romanov and Jake Evans as restricted free agents. They could attempt to negotiate a longer-term deal with Kotkaniemi for less than $6.1 million but it would probably still be well over $5 million annually. They could get over $7.8 million in relief if necessary should Weber wind up on LTIR again, but it would still be a cap complication the Habs don’t need.

Do the Canadiens even want to match? Kotkaniemi signing that offer sheet suggests an unhappiness with his role and his contract talks with the Canadiens. If the Habs don’t match, however, his departure will leave them thin at center following Phillip Danault’s decamping for Los Angeles via free agency.

The joy of revenge aside for the Hurricanes, this is a bit of gamble for them. The Athletic’s Sara Civian indicates this move puts them over the cap by $1.5 million, but she suggested freeing up cap space by trading defenseman Jake Gardiner or someone claims him off waivers. GM Don Waddell undoubtedly has something in mind to address that issue but it remains to be seen if Gardiner is that solution.

Kotkaniemi’s consistency issues could follow him to Carolina. That would leave the Canes with a $6.1 million mistake on their books (albeit for just one year) plus the loss of two picks in next year’s draft.

They’ll also face the $6.1 million qualifying offer, though Friedman believes this offer sheet was made with the knowledge that Kotkaniemi’s next contract would be long term for less money. However, would it really be worth it if he doesn’t crack their top-six next season or show the potential to do so?

Some are already questioning this move, suggesting Carolina would’ve been better off using that $6.1 million to keep Dougie Hamilton rather than lose him for nothing to free agency. That criticism will grow louder if Kotkaniemi doesn’t play up to his salary for this season.

Other interesting factors could be in play here as we await the Canadiens’ decision. I’ll have more in the Sunday NHL rumor roundup. Meanwhile, here’s the rest of today’s notable headlines.

SPECTOR’S NOTE: Rossi noted that it hasn’t been confirmed Crosby will be Canada’s captain in the 2022 Winter Olympics. Nevertheless, it’s a safe bet he’ll get that honor.

SPECTOR’S NOTE: Marner bore the brunt of fan and media criticism for his underwhelming postseason play. For the first time, he’ll be facing a much harsher spotlight in Toronto.

SPECTOR’S NOTE: Getting tougher isn’t a bad thing as long as it’s doesn’t overshadow the club’s skill. If they waste time chasing Wilson it will throw them off their game.

← NHL Rumor Mill - August 28, 2021 Sunday NHL Rumor Roundup - August 29, 2021 →
We use cookies on our website to give you the most relevant experience by remembering your preferences and repeat visits. By clicking “Accept”, you consent to the use of ALL the cookies.
Do not sell my personal information.
Cookie SettingsAccept
Manage consent