A look at why some of this summer’s notable trade candidates haven’t been moved yet in today’s NHL rumor mill.

PITTSBURGH HOCKEY NOW: Dan Kingerski looked at this summer’s top-five trade candidates who haven’t been moved yet and why.

Topping his list, of course, is Buffalo Sabres center Jack Eichel. The stalemate between Eichel and the club’s medical staff over a medical procedure to repair a herniated disc in his neck is the main factor. So is the Sabres’ asking price of four assets. Kingerski notes the Minnesota Wild had kicked tires, but like others, pulled out of the bidding. 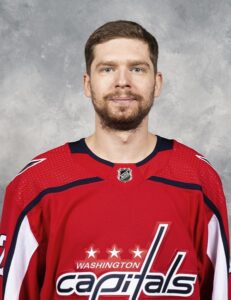 SPECTOR’S NOTE: An Eichel trade remains possible at some point in August. Based on recent reports, however, I wouldn’t hold my breath. The earliest I see it is before the start of training camp in September.

Washington Capitals center Evgeny Kuznetsov is next. Reports from this spring claimed the club was out of patience with his inconsistent play and off-ice antics. However, general manager Brian MacLellan appears to have walked that back after finding the trade market soft for the 28-year-old center.

SPECTOR’S NOTE: Zucker’s name did pop up in trade rumors but I don’t recall seeing anything substantive suggesting the Penguins were actively shopping him. Most of it almost seemed like media spitballing a way for the Pens to free up cap space to pursue an upgrade in goaltending.

Winger Vladimir Tarasenko wants to be traded and the St. Louis Blues are trying to move him but no one wants to take on his full $7.5 million cap hit through 2022-23. The 29-year-old’s age and thrice-repaired shoulder make him a question mark. Tarasenko’s been linked to the New York Islanders but there’s no indication general manager Lou Lamoriello wants him.

SPECTOR’S NOTE: As Kingerski observed, the secretive Lamoriello never tips his hand as to his intentions. No one knows if he’s really interested in Tarasenko or if that’s just media speculation. If he is looking at acquiring the winger, the Blues will have to pick up part of that cap hit or take on another salaried player in return.

Calgary Flames winger Matthew Tkachuk surfaced in rumors with reports linking him to Toronto and his hometown of St. Louis. Flames GM Brad Treliving, however, shot down that speculation.

SPECTOR’S NOTE: Tkachuk’s not going anywhere…this season. He’s a restricted free agent next summer and it will cost the Flames $9 million to qualify his rights. That could make things interesting next summer.