The Carolina Hurricanes signing away Jesperi Kotkaniemi from the Montreal Canadiens provided a week of welcome excitement for NHL fans bored by the off-season dog days. It’s the first successful offer-sheet signing since the Edmonton Oilers landed Dustin Penner from the Anaheim Ducks in 2007.

NHL pundits and fans of both clubs will watch with interest over the next several years to determine which club made the right decision. 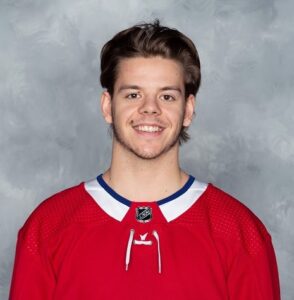 This could blow up in the Hurricanes’ face or prove a shrewd move to take advantage of a cap-strapped rival. It also provides them with a measure of revenge for the Habs failed attempt to sign Sebastian Aho to an offer sheet two years ago.

The Canadiens, meanwhile, could face the humiliation of seeing a promising if inconsistent young player blossoming into a star in Carolina. Then again, they could breathe a sigh of relief if Kotkaniemi fails to develop as hoped.

L’Affaire Kotkaniemi also served as a significant reminder of what a lousy job the Canadiens have done drafting and developing talent.

I wrote about this back in January 2020, reviewing what at that point was 27 years of Canadiens fans futilely waiting for each crop of promising talent to blossom into stars that would carry their club back to Stanley Cup glory.

They came oh-so-close earlier this year. Thanks in part to homegrown stars such as Carey Price and Brendan Gallagher and youngsters such as Kotkaniemi, Nick Suzuki, Cole Caufield and Alexander Romanov, the underdog Canadiens shook off a difficult regular season to reach the Stanley Cup Final.

Nevertheless, the Canadiens have a long history of busts among their first-round picks since their last Stanley Cup championship in 1993. As I wrote in 2020:

“From Terry Ryan, Matt Higgins, Eric Chouinard and Alexander Burturlin in the 1990s, through Marcel Hossa, Alexander Perezhogin, David Fischer and Louis LeBlanc in the first decade of this century, to Jarred Tinordi, Michael McCarron and Nikita Scherbak in the last decade, all were once touted as potential foundation pieces for future championship clubs in Montreal. None made much of a mark in their short careers.”

Galchenyuk showed promise as a scorer but eventually played his way out of Montreal and has bounced among several NHL clubs. Juulsen’s career was nearly ended by an eye injury before being claimed off waivers by the Florida Panthers earlier this year. Swapped for Jonathan Drouin in 2018, Sergachev blossomed into a star with the Tampa Bay Lightning. Poehling has yet to crack the Habs roster on a full-time basis while Kotkaniemi’s struggles were well-documented during his three years in Montreal.

Caufield made the jump from college hockey last season, becoming a key ingredient in the Canadiens run to the 2021 Cup Final. Guhle is a big, promising defenseman who appeared in three games with the Habs’ AHL affiliate in Laval last season. Mailloux, meanwhile, is suspended indefinitely from the OHL this season after being fined last year by Swedish police for sharing a photo among his teammates of an 18-year-old woman engaged in a consensual sexual act with him without her permission.

Bergevin’s predecessors didn’t have a stellar record of first-round selections but they could at times strike gold in the first round (Price, Ryan McDonagh, Max Pacioretty) or subsequent rounds (Jose Theodore, Andrei Markov, P.K. Subban, Gallagher). Of his selections, only Sergachev has truly panned out but that was after he was traded to the Lightning. Caufield has the makings of a star but it’s too early to determine what he’ll truly become based on his short NHL career to date.

It’s too early to tell how things will work out for his selections over the past three years. It takes time for promising youngsters to reach their full potential, with some taking longer than others. Still, there’s no denying the Canadiens haven’t been getting much bang for their buck from their prospect pipeline.

Some of that could be down to poor scouting. Some of it could also be because the Canadiens are doing a poor job preparing those young players for NHL duty.

Nevertheless, Kotkaniemi’s struggles with the Canadiens cast a harsher spotlight on how the Habs draft and develop talent. If he goes on to improve and his full potential in Carolina it will only stoke criticism of Bergevin and his staff. It could eventually lead to changes in the front office, starting with the general manager.

← Sunday NHL Rumor Roundup - September 5, 2021 NHL Morning Coffee Headlines - September 6, 2021 →
We use cookies on our website to give you the most relevant experience by remembering your preferences and repeat visits. By clicking “Accept”, you consent to the use of ALL the cookies.
Do not sell my personal information.
Cookie SettingsAccept
Manage consent