​Carey Price provides an update on his recovery from knee surgery, the Coyotes and Hurricanes add to their respective management teams, the latest PTO signings and more in today’s NHL morning coffee headlines

MONTREAL GAZETTE: Carey Price said he has yet to skate since undergoing arthroscopic knee surgery on July 22. The 34-year-old Canadiens goaltender said he “feels pretty good” and is continuing his rehab to ensure he’s ready for the coming season. 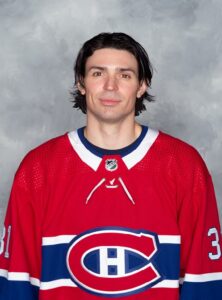 Price’s original timeline for recovery was 10-12 weeks. It was expected he’d be ready for the start of the season on Oct. 13. “With any type of rehabilitation, you’re never quite sure how long it’s going to take,” he said. The Habs star indicated he could be skating soon but wants to be sure he’s ready.

SPECTOR’S NOTE: As always, the Canadiens’ playoff hopes rest with Price. They’ll ensure he takes all the time he needs to be fully recovered and ready to go for this season. Fortunately, they’ve got a capable backup in Jake Allen to carry the load in the early going until Price’s return.

Speaking of the Canadiens, the club yesterday announced it is launching a Respect and Consent Action Plan aimed at raising awareness with its employees and the public of the consequences of sexual cyberviolence. This comes in the wake of the backlash the club faced for selecting prospect Logan Mailloux in the first round of this year’s draft. Mailloux was fined by Swedish authorities in December after admitting to charges related to sharing a photo engaged in a sexual act with him without her consent while playing in Sweden last season.

Genevieve Paquette, the Canadiens’ vice-president of community engagement and the club’s foundation general manager, said Mailloux is learning and receiving therapy from the team in a “very serious and engaged way.” A member of the London Knights, he is currently suspended by the OHL but can apply for reinstatement on Jan. 1. He was not invited to the Canadiens’ rookie camp.

SPECTOR’S NOTE: As Sportsnet’s Eric Engels observed, this is a positive step forward for the Canadiens as they continue to do damage control following the selection of the Mailloux. The club is also continuing to work with the 18-year-old defenseman to assist in his development. Paquette and the Habs director of player development Rob Ramage expressed confidence he’s on the right path toward what Ramage called “his journey of education and awareness” stemming from the incident in Sweden.

SPECTOR’S NOTE: Ferguson Jr tends to get some flak from critics over his difficult tenure as general manager of the Toronto Maple Leafs from 2003-04 to 2007-08. By all accounts, however, he did a good job with the Bruins and as a pro scout before that for several years with the San Jose Sharks. He should be a good hire for the rebuilding Coyotes.

THE NEWS & OBSERVER: The Carolina Hurricanes hired Michael Futa as a senior consultant to general manager Don Waddell. Futa was previously in the Los Angeles Kings organization from 2007 to 2020, including a stint as their assistant GM. He played a key role in building that club into a two-time (2012, 2014) Stanley Cup champion.

TSN: The Edmonton Oilers signed winger Colton Sceviour to a professional tryout off.

YARDBARKER: Winger Tobias Rieder got a PTO with the Anaheim Ducks.

TSN: The U.S. Olympic & Paralympic Committee (USOPC) rejected a request from an advocacy think tank to suspend Stan Bowman from his role as general manager of the U.S. Olympic men’s hockey team while he faces allegations of helping to cover up the sexual abuse of two Chicago Blackhawks players over a decade ago.

Believe the 2022 NHL Draft will likely take place the second week of July. Think league is looking at having day 1 on Thursday which would be July 7.