A look at which players the Canadiens may have pursued before acquiring Christian Dvorak, plus the latest on Elias Pettersson, P.K. Subban and what the Leafs and Kraken must still address in the Labor Day edition of the NHL rumor mill.

SPECTOR’S NOTE: Dvorak seemed to be at or near the top of Bergevin’s list during his search last week for a replacement for Kotkaniemi. Sportsnet’s Eric Engels mentioned him as a trade target soon after the offer sheet was signed. I don’t doubt the Habs GM shopped around to see what other options were available but I don’t think he just settled for Dvorak.

Friedman also reported the Kotkaniemi offer sheet had the Vancouver Canucks’ front office nervous about another club doing the same with Elias Pettersson.

SPECTOR’S NOTE: Contract talks are ongoing between Pettersson and the Canucks. The 22-year-old center would be a tempting target despite the Canucks’ public stance that they’d match any offer. 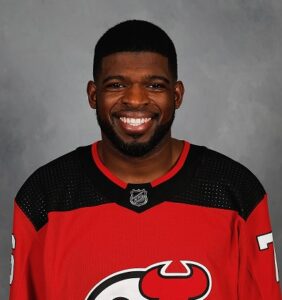 However, the high cost of signing away Pettersson ($9 million or more per season) plus the compensation owed to the Canucks for a successful signing (at least two first-round picks, a second, and a third-round pick) make an offer sheet unlikely in this case.

BOSTON HOCKEY NOW: Jimmy Murphy reports multiple sources confirmed the Bruins, on more than one occasion, explored what it would take to acquire P.K. Subban from the New Jersey Devils. At the same time, they hope to convince the Devils to pick up half of his $9 million cap hit for this season. Murphy also said the Toronto Maple Leafs had “more than lukewarm interest” in Subban.

SPECTOR’S NOTE: It would take a substantial offer to convince Devils GM Tom Fitzgerald to eat half of Subban’s cap hit. He can afford it but why do another club a favor for a less than worthwhile return?

Fitzgerald also isn’t under any pressure to move Subban. He’s only on their books for this season after which he becomes an unrestricted free agent. The Devils also aren’t facing any cap crunch this season.

If Fitzgerald decides to trade Subban it could be close to the March trade deadline provided the Devils are out of playoff contention by then. Most of the 32-year-old blueliner’s salary will be paid out by then, making him more enticing to other clubs.

NHL.COM: Mike Zeisberger wondered who will join Auston Matthews, Mitch Marner, John Tavares and William Nylander among the Toronto Maple Leafs top-six this season. The Leafs are top-heavy and will need more secondary scoring from their supporting cast.

SPECTOR’S NOTE: It could be Nick Ritchie, Alex Kerfoot, and/or Ilya Mikheyev skating among the top six. Perhaps Michael Bunting gets a shot at left wing if Ritchie or Kerfoot don’t work out in those roles.

Nicholas J. Cotsonika believes the Seattle Kraken still needs more firepower up front. He wonders if they have enough depth at center with Yanni Gourde sidelined for at least the opening month of the season recovering from offseason shoulder surgery.

SPECTOR’S NOTE: Kraken GM Ron Francis could attempt to address that issue depending on how things go during the club’s first training camp and preseason games.

← NHL Morning Coffee Headlines - September 6, 2021 NHL Morning Coffee Headlines - September 7, 2021 →
We use cookies on our website to give you the most relevant experience by remembering your preferences and repeat visits. By clicking “Accept”, you consent to the use of ALL the cookies.
Do not sell my personal information.
Cookie SettingsAccept
Manage consent