TRIBLIVE.COM: The Pittsburgh Penguins got some promising news yesterday as Sidney Crosby (wrist surgery) and Zach Aston-Reese (COVID-19) joined their teammates in their morning skate. Crosby is tentatively scheduled to travel with the Penguins on their upcoming season-opening road trip to Florida to continue practicing with the club. 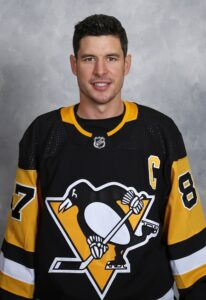 THE SCORE: Max Domi continued his remarkably quick recovery from offseason shoulder surgery. The 26-year-old Columbus Blue Jackets winger played over 13 minutes and scored a goal in his club’s 4-3 overtime loss to the Penguins. Domi was originally slated to return in November or December.

SPORTSNET: The St. Louis Blues signed winger James Neal to a one-year, $750K contract after he joined the club on a professional tryout offer. He scored four goals in five preseason contests.

THE ATHLETIC: Toronto Maple Leafs winger Ilya Mikheyev is expected to be out long term after suffering a hand injury in Saturday’s 4-1 preseason win over the Ottawa Senators.

← NHL Rumor Mill - October 9, 2021 Sunday NHL Rumor Roundup - October 10, 2021 →
We use cookies on our website to give you the most relevant experience by remembering your preferences and repeat visits. By clicking “Accept”, you consent to the use of ALL the cookies.
Do not sell my personal information.
Cookie SettingsAccept
Manage consent