COULD THIS SEASON BE MARC BERGEVIN’S LAST AS CANADIENS GM?

MONTREAL GAZETTE: Marc Bergevin said in a “perfect world” he’d like to remain general manager of the Canadiens beyond this season during an impromptu press conference. He’s in the final year of his contract. The lack of details regarding an extension is generating speculation over his future. 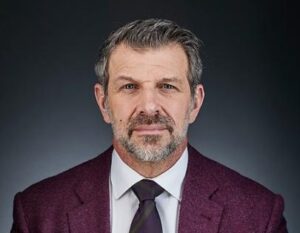 Stu Cowan believes Bergevin’s answer makes it look like money and/or term are the sticking points in his talks with Canadiens owner and president Geoff Molson. “It also makes it look like he won’t be back in Montreal next year,” said Cowan.

A recent report by the New York Post’s Larry Brooks suggested Bergevin could join the Los Angeles Kings next summer. Despite his apparent lame-duck status, Bergevin insists he remains in charge and as always will run significant decisions by Molson. The club has declined to comment on his contract status.

THE SCORE: Kayla Douglas noted Bergevin doesn’t intend to shake up his struggling roster simply for the sake of doing so. “I don’t feel the need. It has nothing to do with cap space, it has to do with the group we have,” he said. The Habs GM felt they have some “pretty good hockey players that aren’t playing up to their potential.”

TORONTO SUN: Michael Traikos recently noted there are rumors claiming Molson has tabbed Patrick Roy as a potential replacement for Bergevin. He also pointed out Bergevin reportedly had a chance to re-sign with the Canadiens this summer.

SPECTOR’S NOTE: There were reports this summer of Molson tabling a contract offer to Bergevin but negotiations didn’t get too far after that. The Canadiens 0-4-0 start only fueled the conjecture over Bergevin’s future and the possibility he could be replaced. His recent comments, however, should put to rest talk that he was growing weary of life in the Montreal fishbowl.

Bergevin’s future will remain a hot topic if the Canadiens continue to struggle this season. Even if they right the ship and become a playoff contender, questions about his future (and speculation over his potential successor) will continue to surface in the media.

THE ATHLETIC: On Tuesday, Arthur Staple reported Vitali Kravtsov remains in Russia, unwilling to return to North America unless the New York Rangers trade him, according to two league sources. The cause of the dispute is said to be Kravtsov butting heads with Rangers GM Chris Drury since their time with the Rangers’ AHL affiliate in Hartford two years ago.

Staple said sources indicate a few NHL teams have inquired about Kravtsov, more to get an understanding of the situation than to inquire about the Rangers’ asking price. A move doesn’t appear imminent.

NEW YORK POST: Larry Brooks cites a source claiming the real reason Kravtsov wants out isn’t because of his relationship with Drury. Instead, he believes he won’t crack the roster because of the Rangers’ forward depth.

Brooks reports a handful of teams have expressed “lukewarm interest” in Kravtsov but there aren’t any offers on the table. The Rangers, meanwhile, were contacted by the Chicago Blackhawks about Dylan Strome (younger brother of Blueshirts center Ryan Strome) but Brooks doesn’t link that to Kravtsov’s situation.

SPORTSNET 590’s Nick Kypreos reported as many as 15 teams have inquired about Kravtsov. Among them are the Calgary Flames, Winnipeg Jets and Ottawa Senators.

SPECTOR’S NOTE: Regardless of the winger’s reason for wanting out of New York, it doesn’t appear a trade is coming in the near future. However, that could change with one phone call by an interested club.

The asking price for Kravtsov could be a second-round pick. He also carries an affordable $925K cap hit for this season. That would in part explain the interest from teams with limited cap space (Flames, Jets) and rebuilding clubs like the Senators.

CHICAGO SUN-TIMES: Ben Pope believes the struggling Blackhawks aren’t doing themselves or Dylan Strome any favors by keeping him out of the lineup. He felt it could also hurt his trade value, though his exclusion from the lineup could be to avoid an injury while trade discussions are taking place.

Pope said the Anaheim Ducks have long had an interest in Strome as a young playmaker who could help their rebuild. The Senators were linked to the 23-year-old center, while the Canadiens, Rangers and Minnesota Wild all need help at center.

SPECTOR’S NOTE: Keeping Strome on the sidelines to avoid an injury that could derail trade talks makes sense. However, interested parties could prefer scouting his performance in game action before committing to a deal.

We know the Rangers made an inquiry thanks to Larry Brooks’ aforementioned report. The Ottawa Sun’s Bruce Garrioch recently reported the Senators kicked tires on Strome this summer but he felt they’ve since moved on. No indication thus far if the Ducks, Canadiens and Wild are seriously pursuing Strome.

← NHL Morning Coffee Headlines - October 21, 2021 NHL Morning Coffee Headlines - October 22, 2021 →
We use cookies on our website to give you the most relevant experience by remembering your preferences and repeat visits. By clicking “Accept”, you consent to the use of ALL the cookies.
Do not sell my personal information.
Cookie SettingsAccept
Manage consent