​The Penguins are reportedly on the verge of being sold, Ryan Getzlaf reaches a points milestone, the Panthers extend their home winning streak, Dion Phaneuf retires and more in today’s NHL morning coffee headlines.

THE WALL STREET JOURNAL: Fenway Sports Group LLC is in advanced talks to purchase the Pittsburgh Penguins. They are the owners of the Boston Red Sox, Fenway Park, and Liverpool FC.

The cost of the sale could be $850 million. Sources indicate Mario Lemieux would maintain a small stake in the team and continue to have a say in hockey matters. The status of co-owner Ron Burkle remains uncertain.

SPECTOR’S NOTE: This move will ensure long-term stability for the Penguins. This comes at a time when they will be approaching a rebuild as Sidney Crosby and Evgeni Malkin head into the home stretch of their long careers.

As The Hockey News’ Adam Proteau points out, this is good news for the Penguins. Fenway Sports Group provides them with deep-pocketed ownership with a well-documented history of building and maintaining competitive sports franchises. 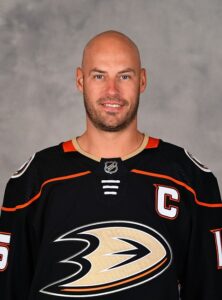 NHL.COM: Anaheim Ducks captain Ryan Getzlaf collected an assist to reach his 1,000th career NHL point in a 3-2 overtime victory over the Washington Capitals. Trevor Zegras scored twice, including the game-winning goal while Troy Terry had an assist to extend his points streak to 15 games. The Ducks (10-4-3) have won eight straight games. Capitals center Lars Eller missed this game as he was placed on COVID protocol earlier in the day.

The league-leading Florida Panthers (11-2-3) remain unbeaten at home (8-0-0) after thumping the New York Islanders 6-1. Patric Hornqvist and Brandon Montour each had two points on the night. It was the Panthers’ first win in five games but came at the cost of losing captain Aleksander Barkov, who left the game in the second period following a knee-on-knee hit by Isles defenseman Scott Mayfield. Barkov will be reevaluated today. The Islanders, meanwhile, played without Ryan Pulock (upper-body injury) and Josh Bailey (COVID protocol).

Third-period goals by Seth Jarvis and Vincent Trocheck lifted the Carolina Hurricanes to a 4-2 win over the Vegas Golden Knights. Trocheck and Sebastian Aho each had a goal and an assist as the Hurricanes (12-2-0) sit one point behind the Panthers with 24 points. The Golden Knights played without Jonathan Marchessault as he entered COVID protocol earlier in the day.

The Winnipeg Jets tallied three goals in the second period on route to downing the Edmonton Oilers 5-2. Connor Hellebucyk picked up the win with a 32-save performance. Oilers forward Leon Draisaitl scored both Oilers goals to extend his lead in the goals (17) and points race (33) while Connor McDavid (two assists) stretched his season-opening points streak to 15 games.

Buffalo Sabres goaltender Dustin Tokarski kicked out 45 shots as he backstopped his club to a 2-1 victory over the Pittsburgh Penguins. Colin Miller and Kyle Okposo tallied for the Sabres (7-6-2) while Jake Guentzel replied for the Penguins, who drop to 5-6-4. Sidney Crosby collected his first point of the season assisting on Guentzel’s goal.

Jack Campbell made 24 saves for his third shutout of the season as the Toronto Maple Leafs blanked the Nashville Predators 3-0. He also leads the league among goalies with three or more games played with a 1.68 goals-against average and .943 save percentage. Auston Matthews scored the winning goal and collected an assist as the Leafs record sits at 11-5-1.

The New York Rangers (9-3-3) picked up their fourth straight win by hanging on to nip the Montreal Canadiens 3-2, whose record drops to 4-12-2. Igor Shesterkin turned aside 31 shots for the win while Canadiens winger Brendan Gallagher earned a misconduct penalty late in the game for sucker-punching Rangers forward Barclay Goodrow. The Habs played without Mike Hoffman (back injury) and Jake Allen (concussion). Earlier in the day, the Rangers learned winger Sammy Blais will be sidelined for the season with a torn ACL.

An overtime goal by Cam Atkinson lifted the Philadelphia Flyers over the Calgary Flames 2-1. Flyers center Kevin Hayes scored his first of the season and pointed skyward to honor his late brother Jimmy. Flames winger Johnny Gaudreau was held off the score sheet despite tallying 10 shots on goal.

The Arizona Coyotes picked up their second win of the season (2-13-1) by dropping the St. Louis Blues 3-2. Barrett Hayton scored twice, including the game-winner in the third period, while Scott Wedgewood picked up the victory with a 34-save effort.

Jason Robertson scored two goals and collected an assist to power the Dallas Stars over the Detroit Red Wings 5-2. Jake Oettinger made 28 saves in his season debut with the Stars. Red Wings captain Dylan Larkin was removed from the game following the second period and placed in COVID protocol.

San Jose Sharks forward Timo Meier had a goal and an assist in a 4-1 win over the Minnesota Wild. Logan Couture and Rudolfs Balcers each collected two assists while James Reimer made 26 saves.

ESPN.COM: The Los Angeles Kings arena will be getting a new name. Starting Christmas Day, the Staples Center will become Crypto.com Arena in a $700 million arena naming rights deal.

TORONTO STAR: The Toronto Maple Leafs acquired forward Kyle Clifford from the St. Louis Blues in exchange for future considerations. It’s Clifford’s second tenure with the Leafs, playing 16 games for them in the 2019-20 season.

THE ATHLETIC: Former AHL coach Clark Donatelli was indicted on four counts of sexual assault. The charges stem from a November 2018 incident involving the wife of Donatelli’s former assistant coach during their tenure with the Wilkes-Barre/Scranton Penguins, the affiliate of the NHL’s Pittsburgh Penguins.

NHLPA.COM: Dion Phaneuf officially announced his NHL retirement yesterday. Phaneuf last played in 2018-19. He spent 14 seasons in the NHL with the Calgary Flames, Toronto Maple Leafs, Ottawa Senators and Los Angeles Kings, tallying 494 points in 1,048 games. Phaneuf was captain of the Leafs from 2010-11 until his trade to the Senators late in the 2015-16 campaign.

SPECTOR’S NOTE: Phaneuf’s best seasons were during his first four years with the Flames, netting 47-or-more points in each of those campaigns. He was captain of the Leafs during a difficult time as the club endured a number of management and coaching changes while reaching the playoffs just once. Best wishes to Phaneuf and his family in their future endeavors.