​More speculation about Samuel Girard’s future with the Avalanche, Eric Staal hopes to continue his NHL career and the latest on the Islanders in today’s NHL rumor mill.

SPORTSNET: Appearing on the Nov. 10 episode of The Jeff Marek Show, Mike Chambers of The Denver Post said he believes Samuel Girard was “the big piece” in the Colorado Avalanche’s efforts to acquire Jack Eichel before the Buffalo Sabres trade him to the Vegas Golden Knights. 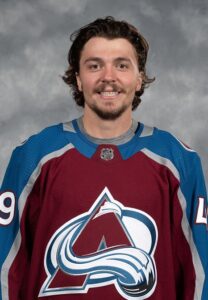 Chambers still thinks Girard could be traded, claiming the Avalanche want to acquire a forward and shed the 24-year-old defenseman’s $5 million annual salary-cap hit. He also indicated management was unhappy with Girard’s performance against the Golden Knights in last spring’s second-round series, singling out his turnovers and lack of production.

SPECTOR’S NOTE: Chambers had speculated about Girard’s future with the Avs during his column earlier this week. He also mentioned the emergence of young rearguard Bowen Byram could make Girard expendable.

I didn’t dismiss the possibility of the Avs using Girard as a trade chip for a second-line forward before the March 21 trade deadline. I see no reason to change that opinion if Byram continues playing well over the course of the season.

TSN: Pierre LeBrun reports Eric Staal is hoping to return for an 18th NHL season. The 37-year-old center continues to skate in Minnesota as his agent is in regular contact with three or four clubs. Those teams could decide later this month if signing Staal works for them.

SPECTOR’S NOTE: Staal’s best years are now well behind him. That was apparent in his 13 points in 53 games last season with the Buffalo Sabres and Montreal Canadiens. However, Staal did have a decent performance with the Canadiens during their run to the 2021 Stanley Cup Final, collecting eight points in 21 games. He could be an affordable depth option.

THE ATHLETIC: Arthur Staple recently wondered if New York Islanders general manager Lou Lamoriello might jump into the trade market to bolster his blueline. He pointed out Toronto Maple Leafs defenseman Trevor Dermott is available for the right price. Dermott is a “serviceable left-handed defenseman” who would be “cheap enough to fit under the cap right now.”

SPECTOR’S NOTE: Dermott might not be on Lamoriello’s radar if he’s considering an early-season move for a blueliner. Perhaps he’s considering other options or maybe the Leafs’ asking price is more than he’s willing to part with.

← NHL Morning Coffee Headlines - November 13, 2021 NHL Morning Coffee Headlines - November 14, 2021 →
We use cookies on our website to give you the most relevant experience by remembering your preferences and repeat visits. By clicking “Accept”, you consent to the use of ALL the cookies.
Do not sell my personal information.
Cookie SettingsAccept
Manage consent