​Are the Bruins any closer to honoring Jake DeBrusk’s trade request? Are they among the club interested in Stars defenseman John Klingberg? Will the Predators be buyers at the trade deadline? Check out the latest in today’s NHL rumor mill.

BOSTON HOCKEY NOW: Jimmy Murphy recently reported Bruins head coach Bruce Cassidy doesn’t know if Jake DeBrusk has changed his mind and rescinded the trade request he made back on Nov. 29. Cassidy pointed out his performance has improved in recent weeks. The 25-year-old winger hasn’t commented to the media about his request.

THE BOSTON GLOBE: Kevin Paul Dupont believes the Bruins’ hot start to the New Year leaves the club with little urgency to honor DeBrusk’s trade request. He feels the winger’s inability to battle for the puck is hurting his efforts to become an effective top-six NHL forward. 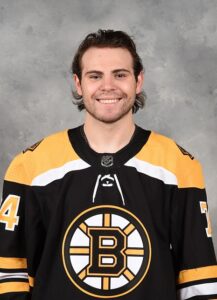 SPECTOR’S NOTE: Bruins general manager Don Sweeney wasn’t in a big hurry to move DeBrusk as he reportedly wanted a player of equal value in return. There are probably several NHL clubs willing to gamble on a change of scenery transforming him into a reliable scorer but only if Sweeney lowers his asking price. Maybe that interest will pick up as we get closer to the March 21 trade deadline.

Murphy also reported a source claims the Bruins are among a number of clubs inquiring into the trade status of John Klingberg. The 29-year-old defenseman is slated to become an unrestricted free agent in July and has expressed frustration over his stalled contract talks with the Dallas Stars. The source said the Stars’ asking price was, “Big. At least three components. High-end stuff”.

SPECTOR’S NOTE: The Bruins already have Charlie McAvoy and Brandon Carlo as their top-two right-side defensemen. They need depth on the left side which explains why they were among the teams linked to Arizona Coyotes blueliner Jakob Chychrun. Acquiring Klingberg doesn’t address that issue unless the plan is to shift McAvoy or Carlo to the left side.

WILL THE PREDATORS BE BUYERS AT THE TRADE DEADLINE?

THE ATHLETIC: The Nashville Predators’ surprising performance this season has them jockeying for first overall in the Western Conference. It prompted a reader to ask Adam Vingan if he believed GM David Poile will be a buyer at this year’s trade deadline.

Vingan noted the Predators appear ahead of schedule with their rebuild and are swimming in salary-cap space. Nevertheless, he’d be wary of going all-in at the trade deadline and risk undoing the progress they’ve made this season. He also doesn’t see Poile shopping pending UFA winger Filip Forsberg if the Predators remain at or near the top of their division by the deadline.

SPECTOR’S NOTE: Poile might not go “all-in” but I wouldn’t be surprised if he at least make inquiries to bring in some some-term depth at a reasonable price. I agree with Vingan that the Preds GM won’t trade Forsberg even at the risk of losing him to free agency for nothing this summer. He’ll become an “own-rental” for the playoffs.

← NHL Morning Coffee Headlines - January 17, 2022 NHL Morning Coffee Headlines - January 18, 2022 →
We use cookies on our website to give you the most relevant experience by remembering your preferences and repeat visits. By clicking “Accept”, you consent to the use of ALL the cookies.
Do not sell my personal information.
Cookie SettingsAccept
Manage consent