Check out the latest on the Avalanche, Hurricanes, Islanders, Coyotes and Rangers in Part Two of the Sunday NHL Rumor Roundup

THE DENVER POST: Mike Chambers wonders what Plan B will be for the Colorado Avalanche after failing to acquire Claude Giroux yesterday. He suggested the Anaheim Ducks’ Rickard Rakell, the Columbus Blue Jackets’ Max Domi and the Ottawa Senators’ Nick Paul as potential rental options. 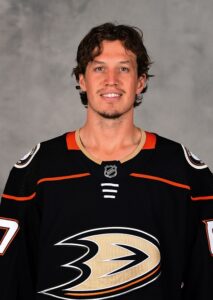 SPECTOR’S NOTE: Avalanche general manager Joe Sakic could stand pat after acquiring Josh Manson and Nico Sturm last week. However, I don’t think he’s done scouring the market. One of those aforementioned forwards could end up with the Avs by tomorrow’s 3 PM ET deadline.

THE NEWS & OBSERVER: Chip Alexander mused over whether Carolina Hurricanes GM Don Waddell will be active in the trade market before tomorrow’s deadline, especially when Eastern rivals such as the Tampa Bay Lightning, Florida Panthers and New York Rangers have already made moves to bolster their rosters. He wondered if they might be interested in a forward like the Ducks’ Rickard Rakell, the Chicago Blackhawks’ Dominik Kubalik or the Winnipeg Jets’ Andrew Copp.

SPECTOR’S NOTE: Hurricanes GM Don Waddell has a recent history of making moves at the trade deadline. In 2020, he acquired center Vincent Trocheck and defenseman Brady Skjei. I wouldn’t rule out Waddell swinging a deal before tomorrow’s deadline.

One source didn’t rule out Islanders GM Lou Lamoriello attempting to acquire Arizona Coyotes defenseman Jakob Chychrun either at the deadline or during the offseason. Doing so could mean shipping out a forward such as Andrew Beauvillier or Josh Bailey in a separate deal and using the savings to improve the blue line.

SPECTOR’S NOTE: Lamoriello is the most secretive GM in the NHL. He’s been known to cancel potential deals that get leaked to the media. He could stand pat, make a minor move or surprise us all with a blockbuster. Your guess is as good as mine.

GOPHNX.COM: Craig Morgan noted recent reports suggesting the Arizona Coyotes could move pending UFA goalie Karel Vejmelka. However, he feels the Coyotes could get him under contract.

The Coyotes still seek a king’s ransom for Jakob Chychrun but there are limited resources and few playoff hopefuls willing to make that move. The Los Angeles Kings and Boston Bruins were considered among the suitors but the latter is out now that they’ve acquired Hampus Lindholm. With Chychrun signed beyond this season, the Coyotes can revisit this in the offseason.

The Coyotes haven’t found any takers for winger Phil Kessel, who sought a trade to a contender earlier in the season. Morgan also doubts the Coyotes will part with forward Christian Fischer. He wondered if there might be any interest in sidelined pending free agents Johan Larsson and Jay Beagle. Both players are set to return to full practice on Monday.

SPECTOR’S NOTE: I’d expect a Chychrun deal to go down in the offseason when teams have more resources and cap space they’re willing to invest in a major move. Kessel could draw some interest provided the Coyotes retain half of his $6.8 million cap hit.

NEW YORK POST: Larry Brooks doesn’t see the Rangers trading goaltender Alexandar Georgiev at the trade deadline unless they bring in a suitable backup to replace him. He suggested the Detroit Red Wings’ Thomas Greiss as an option.

← Sunday NHL Rumor Roundup - March 20, 2022 Winning The NHL Trade Deadline Doesn't Guarantee A Stanley Cup →
We use cookies on our website to give you the most relevant experience by remembering your preferences and repeat visits. By clicking “Accept”, you consent to the use of ALL the cookies.
Do not sell my personal information.
Cookie SettingsAccept
Manage consent