The Avalanche advance over the Blues to the Western Conference Finals, the latest on the Hurricanes and Rangers, Brad Marchand is sidelined by hip surgery and more in today’s NHL morning coffee headlines

NHL.COM: The Colorado Avalanche advanced to the Western Conference Finals for the first time in 20 years with a 3-2 victory over the St. Louis Blues in Game 6 of their second-round series. J.T. Compher scored twice and Darren Helm snapped a 2-2 tie with 5.6 seconds remaining in regulation time. Justin Faulk and Jordan Kyrou scored for the Blues. 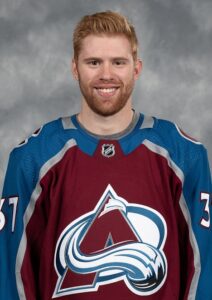 SPECTOR’S NOTE: This was a nail-biting, tight-checking contest that seemed headed to overtime until Helm’s goal in the dying seconds of the third period. The Avalanche are 5-0 on the road in this postseason and will face the Edmonton Oilers in the Conference Finals.

This was a disappointing end to a better-than-anticipated season for the Blues. They finished third overall in the Central Division with 109 points and defeated the Minnesota Wild in the opening round. Their potential offseason moves will be examined in today’s Rumor Mill update.

NEW YORK POST: Rangers head coach Gerard Gallant expressed confidence in his struggling stars Artemi Panarin and Chris Kreider heading into Game 6 tonight against the Carolina Hurricanes. “They’re character players, they’ll do it for us. They’ve done it for us all year,” said Gallant.

THE NEWS & OBSERVER: Speaking of the Hurricanes, they’ll need more from sniper Andrei Svechnikov. He was scoreless in six games until tallying a crucial goal during Game 5 against the Rangers on Thursday.

SPECTOR’S NOTE: The Rangers need Panarin and Kreider at their best to avoid elimination on home ice tonight in Game 6. Meanwhile, Svechnikov’s goal-scoring skills will be vital for the Hurricanes to pick up their first road win of the postseason and advance to the Eastern Conference Finals.

SPECTOR’S NOTE: That means the Bruins will be without Marchand for the first two months of 2022-23. They’ll also be without defenseman Matt Grzelcyk to start the season as he recently underwent shoulder surgery.

SPECTOR’S NOTE: My condolences to Boeser and his family.

CHEK-TV’s Rick Dhaliwal reports Calgary Flames defenseman Chris Tanev played with a torn labrum, a separated shoulder and a sprained neck in the final two games of his club’s playoff series with the Oilers. He’s slated to undergo surgery next week.

SPECTOR’S NOTE: The lengths NHL players will go to play through pain in the postseason never ceases to amaze me. Here’s hoping Tanev makes a full recovery.

MLIVE.COM: Check out the trailer for ESPN’s upcoming documentary on the Avalanche-Red Wings rivalry from 1996 to 2002.

SPECTOR’S NOTE: That was one of the greatest rivalries in NHL history and certainly among the best I’ve witnessed. The intensity of the games and the hatred between the two teams were off the charts.

SPORTSNET: A change to a Michigan insurance law means Vladimir Konstantinov and thousand of others who suffered serious traffic-related injuries could lose their round-the-clock medical care.

Konstantinov suffered career-ending and life-changing brain injuries from a limousine crash in 1997 and requires constant care at home. The change to the law and the high costs of his home care could force him to be put into an institution where restraints or medication would be required to keep him safe.

SPECTOR’S NOTE: The Red Wings and the NHLPA are reportedly looking into ways to maintain Konstantinov’s home care. Here’s hoping they can work something out for him. At least he has a wealthy hockey club and a players’ union to help him. The other Michigan residents facing the same predicament won’t have that option.

← NHL Rumor Mill - May 27, 2022 NHL Rumor Mill - May 28, 2022 →
We use cookies on our website to give you the most relevant experience by remembering your preferences and repeat visits. By clicking “Accept”, you consent to the use of ALL the cookies.
Do not sell my personal information.
Cookie SettingsAccept
Manage consent