Mark Scheifele’s uncertain future with the Jets plus a roundup of recent Blackhawks speculation in today’s NHL rumor mill.

SCHEIFELE FACES AN UNCERTAIN FUTURE WITH THE JETS

WINNIPEG SUN/WINNIPEG FREE PRESS: Scott Billeck and Mike McIntyre reports Mark Scheifele said he needed to know management’s vision for the Jets over the remaining two years of his contract. 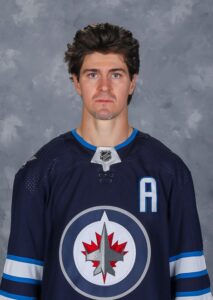 Scheifele sounded frustrated during yesterday’s season-ending press conference. The 28-year-old center said he’s in the prime of his playing career and believes he’s improving all the time. However, he wants to know the club’s direction and what changes could be in store.

Completing his 11th season with the Jets, Scheifele said he’d love to be in Winnipeg. Nevertheless, he has to think about his career and what’s best for him and his family. He anticipates a “tough talk” with general manager Kevin Cheveldayoff during his end-of-season interview today.

Billeck and McIntyre believe Scheifele’s comments are the start of what could be a turbulent offseason for the Jets. While Cheveldayoff received a three-year contract extension yesterday, he will have a lot on his plate.

In addition to Scheifele’s future, there were reports of a divided dressing room and a lack of accountability throughout this season. A decision must be made whether to make interim head coach Dave Lowry the full-time bench boss or find a replacement. Center Pierre-Luc Dubois is a restricted free agent who’s in line for a lucrative new contract. Their defense corps also needs to be improved.

SPECTOR’S NOTE: Scheifele’s inconsistent performance this season and seeming indifference toward his defensive play sparked speculation he could become an offseason trade candidate. He didn’t come out and demand a trade yesterday but that could be in the cards if his meeting with Cheveldayoff goes sour or he disapproves of the GM’s offseason moves.

Expect speculation over Scheifele’s future to be a hot topic following the playoffs in the lead-up to the 2022 NHL Draft on July 7 and 8. That’s usually the period when notable players like himself get traded as teams have more cap room and a willingness to make big moves in the trade market.

Trading Scheifele would be a significant shakeup of the roster core. It could also set the table for a big raise for Dubois.

Kane acknowledged his leadership role with the club could speed up its rebuild. He also enjoys the chemistry and relationship he’s built with winger Alex DeBrincat. The 33-year-old winger hopes the Blackhawks can follow the blueprint of the Los Angeles Kings and New York Rangers as they rebuilt on the fly and are playoff clubs this season.

Roumeliotis also wondered what the future holds for Kane and teammate Jonathan Toews as they both had one season remaining on their identical contracts. He pointed out the Blackhawks don’t have many tradeable assets to start a true rebuilding. Alex DeBrincat would fetch the best return but it would take a significant offer to convince Davidson to move the 24-year-old winger.

It remains to be seen if restricted free agent forward Dylan Strome will be back. Davidson must also address his goaltending after trading away Marc-Andre Fleury at the trade deadline. Kevin Lankinen and Collin Delia are pending UFAs this summer.

CHICAGO SUN-TIMES: Ben Pope reported that DeBrincat acknowledged this was a frustrating season for him. Nevertheless, he’s open to signing a contract extension with the Blackhawks. DeBrincat has a year remaining on his contract with an annual average value of $6.4 million.

SPECTOR’S NOTE: The futures of Kane and Toews have already sparked plenty of conjecture that will continue to grow between now and into July when business picks up in the trade market. Kane’s still-impressive offensive stats would draw considerable interest if Davidson tries to shop him.

DeBrincat hit 41 goals and 78 points this season. He’s a player the Blackhawks should be building around, especially if he’s interested in a contract extension. Then again, I said the same thing about Brandon Hagel before the trade deadline and he got shipped to Tampa Bay. Davidson could listen if someone makes a substantial offer for DeBrincat.

Davidson could keep Strome if he envisions rebuilding on the fly with the aim of reaching the playoffs in two or three years’ time. Otherwise, it wouldn’t be surprising if he becomes a trade candidate.

← NHL Morning Coffee Headlines - May 2, 2022 NHL Morning Coffee Headlines - May 3, 2022 →
We use cookies on our website to give you the most relevant experience by remembering your preferences and repeat visits. By clicking “Accept”, you consent to the use of ALL the cookies.
Do not sell my personal information.
Cookie SettingsAccept
Manage consent