The Avalanche crush the Lightning to take a 2-0 series lead in the Stanley Cup Final, Nicklas Backstrom undergoes hip surgery, the Oilers are on the verge of re-signing head coach Jay Woodcroft, and more in today’s NHL Morning Coffee Headlines.

NHL.COM: The Colorado Avalanche holds a 2-0 series lead in the 2022 Stanley Cup Final after drubbing the Tampa Bay Lightning 7-0 in Game 2 on Saturday. Valeri Nichushkin and Cale Makar each scored two goals, Mikko Rantanen collected three assists while Darcy Kuemper made 16 saves for the shutout. The series shifts to Tampa Bay for Games 3 and 4 starting on Monday.

SPECTOR’S NOTE: That was one of the most lopsided Stanley Cup Final games I’ve seen. The Avalanche dominated the defending champion Lightning from the opening whistle to the final buzzer. Their speed made the difference throughout this contest, leaving the Bolts chasing the game and struggling to keep up. 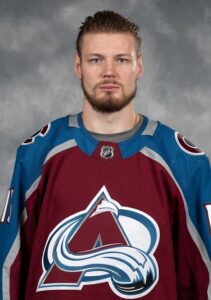 Three years after being bought out by the Dallas Stars, Nichushkin had a career-best performance this season and is enjoying a solid postseason. In this series, he’s taken his game to a higher level, tallying two points in each of the first two games. Eligible for unrestricted free agency on July 13, Nichushkin is on his way to a lucrative new contract.

Following the game, Lightning captain Steven Stamkos called his club’s performance “unacceptable”. Head coach Jon Cooper said the Avalanche were playing at an elite level while his club was not. Andrei Vasilevskiy was in net for all seven goals-against but Stamkos and Cooper laid the blame on the poor defensive play in front of him.

Stamkos and Cooper said all the right things about the need for the Lightning “man up” and not give up. They’re capable of surmounting a 2-0 series deficit as the New York Rangers discovered in the Eastern Conference Finals.

Rallying back this time will be far more challenging for the Lightning. They’re up against the most formidable opponent they’ve faced over the course of their championship reign.

SPECTOR’S NOTE: Backstrom will likely miss the opening weeks of the 2022-23 season and could be sidelined for much longer. His absence leaves a big hole in the second-line center position.

Cap Friendly indicates the Capitals have $8.9 million in salary cap space with Backstrom carrying an annual average value of $9.2 million. Management could place him on long-term injury reserve to exceed the $82.5 million salary cap in order to find a suitable short-term replacement or to address other roster needs. Should he return to action during the season, however, they’ll have to shed salary to become cap compliant.

DAILY FACEOFF: cites ESPN’s Kevin Weekes and Bob Stauffer of Oilers Now reporting the Edmonton Oilers are on the verge of removing the interim tag from head coach Jay Woodcroft’s job title. They’re expected to reach an agreement on a three-year contract.

SPECTOR’S NOTE: Color me unsurprised. Woodcroft did a fine job after replacing Dave Tippett behind the bench. Taking over a struggling Oilers’ team that was in danger of falling out of playoff contention, he coached them to a 26-9-3 record in their remaining 38 games and guided them to the Western Conference Finals.

NBC SPORTS: Colorado Avalanche defenseman Jack Johnson has earned his degree in general studies at the University of Michigan. He’s fulfilled a promise to himself and Red Berenson, who coached Johnson at Michigan.

SPECTOR’S NOTE: It’s been a special season for Johnson. In addition to earning his degree and appearing in his first Stanley Cup Final, he also became the 21st American-born defenseman to play in 1,000 career NHL games.

THE PROVINCE: The Vancouver Canucks have dismissed Chris Brumwell, who was their vice-president of communications and community partnerships for the past nine seasons.

PHILADELPHIA HOCKEY NOW: Flyers senior director of communications Zack Hill is retiring on July 1 after 29 years with the organization.

← NHL Rumor Mill - June 18, 2022 Sunday NHL Rumor Roundup - June 19, 2022 →
We use cookies on our website to give you the most relevant experience by remembering your preferences and repeat visits. By clicking “Accept”, you consent to the use of ALL the cookies.
Do not sell my personal information.
Cookie SettingsAccept
Manage consent