The latest on the Avalanche and Lightning heading into Game 3 of the Stanley Cup Final, the Stars have reportedly hired Pete DeBoer as their new head coach, and an update on top prospect Shane Wright in today’s NHL morning coffee headlines.

THE DENVER POST: Sidelined winger Andre Burakovsky did not accompany the Colorado Avalanche as they traveled to Tampa Bay on Sunday for Games 3 and 4 of the 2022 Stanley Cup Final. Burakovsky suffered a hand injury during Game 2 and was being evaluated on Sunday. He’s expected to rejoin his teammates on Monday. 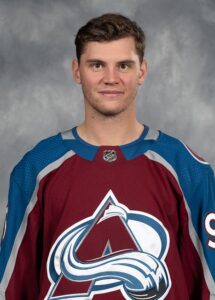 NHL.COM: Fourteen years after winning the Stanley Cup in 2008 as a rookie with the Detroit Red Wings, center Darren Helm is relishing this opportunity to win it again with the Avalanche. If he does, he’ll become the fourth player in NHL history to go at least 14 years between championships.

THE HOCKEY NEWS: The Tampa Bay Lightning are hoping to once again overcome an 0-2 deficit in a playoff series. They have an opportunity to shake things up at home for the next two games. However, they’re facing a much tougher opponent in this Stanley Cup Final than they did against the Dallas Stars in 2020 and the Montreal Canadiens last year.

TORONTO SUN: Michael Traikos wonders if the wear and tear of three straight trips to the Stanley Cup Final might be taking its toll on the Lightning.

SPECTOR’S NOTE: Fatigue could be an issue for the Lightning. However, the real problem is that the Avalanche are the most formidable opponent they’ve faced since beginning their march as consecutive Cup champions in 2020.

The Avs are faster and possess impressive depth on their forward lines and blueline. They’ve adjusted to the absence of sidelined key players like Kadri and Samuel Girard without missing a beat. They lack a superstar goaltender but their tandem of Darcy Kuemper and Pavel Francouz has been solid throughout this postseason.

It would be foolish to write the Lightning off. They’ve shown a remarkable ability to bounce back from adversity. Nevertheless, they must win Game 3 tonight or risk being swept away by the Avalanche in Game 4.

SPECTOR’S NOTE: Neither the Stars nor general manager Jim Nill has confirmed the hiring, though that could come later today. DeFranks anticipates DeBoer would focus on increasing their shots (especially from the point) while still maintaining a solid defense.

SPORTSNET: Projected top prospect Shane Wright believes he can make an immediate impact in the NHL next season. He intends to put in a lot of work this offseason and in training camp to step in right away and make a difference.

The Montreal Canadiens hold the first-overall pick in this year’s draft. Wright recently met with the Canadiens brass and would love to suit up for the historic franchise.

← Sunday NHL Rumor Roundup - June 19, 2022 NHL Rumor Mill - June 20, 2022 →
We use cookies on our website to give you the most relevant experience by remembering your preferences and repeat visits. By clicking “Accept”, you consent to the use of ALL the cookies.
Do not sell my personal information.
Cookie SettingsAccept
Manage consent