What next for Wayne Simmonds, Nick Foligno and Mike Reilly after clearing waivers on Monday? Are the Canucks interested in Penguins defenseman Marcus Pettersson? What’s the latest on the Senators’ search for a blueliner? Find out in today’s NHL Rumor Mill.

WHAT NEXT FOR SIMMONDS, FOLIGNO AND REILLY?

THE HOCKEY NEWS/SPORTSNET: Mike Stephens and Luke Fox wondered what’s next for Wayne Simmonds after the Toronto Maple Leafs winger cleared waivers on Monday. The 34-year-old could start this season with the Leafs’ AHL affiliate or he could be traded. 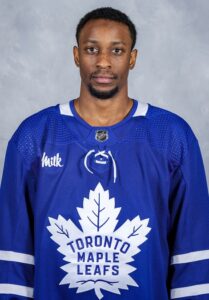 Stephens and Fox both cited rumors that have Simmonds returning to the Philadelphia Flyers, where he spent nearly eight seasons and enjoyed the most productive period of his career. Fox also cited Nick Kypreos claiming the Ottawa Senators could have some interest.

SPECTOR’S NOTE: Leafs management said they’re not concerned about return but want to do right by Simmonds. His best seasons are well behind him but he’s still well-regarded for his toughness, experience and leadership. He also carries an affordable $900K cap hit for this season which could be enticing to clubs with limited cap space.

The fact Simmonds cleared waivers makes it easier to move him in the trade market. He can be demoted to the minors within the next 30 days without having to pass through waivers.

Stephens also weighed in on what the future could hold for Boston Bruins forward Nick Foligno and defenseman Mike Reilly. Like Simmonds, they both cleared waivers on Monday.

He cited rumors suggesting the Philadelphia Flyers as a destination for Foligno, who played for Flyers coach John Tortorella when the two were with the Columbus Blue Jackets. They’re said to be seeking some veteran leadership.

Meanwhile, Reilly’s skills as a mobile defenseman could make him attractive to a club like his hometown Chicago Blackhawks, who could later flip him at the trade deadline for future assets.

SPECTOR’S NOTE: The Bruins won’t want much in return for Foligno or Reilly as they can’t afford to take back too much salary. They’ll need the space for when Brad Marchand and Charlie McAvoy come off the long-term injury reserve list later this season. Having cleared waivers, they too can be demoted within the next 30 days without having to pass through them again.

THE JEFF MAREK SHOW (stick tap to “NHL Watcher”): Elliotte Friedman said he knows there’s been reports linking the Vancouver Canucks to Pittsburgh Penguins defenseman Marcus Pettersson. However, “someone threw cold water on that to me last night”.

SPECTOR’S NOTE: With the Penguins carrying nine defensemen under NHL contracts, Pettersson was frequently mentioned during the off-season as a trade candidate. However, they found other ways to become cap compliant to start this season, assigning Ty Smith and Mark Friedman to their AHL affiliate in Wilkes-Barre/Scranton.

32 THOUGHTS PODCAST (stick tap to “NHL Watcher”): Elliotte Friedman still believes the Ottawa Senators intend to add a defenseman. “I believe they’ve talked internally about it, and my expectations is they’re still going to do it.”

SPECTOR’S NOTE: The Senators were linked to Arizona Coyotes blueliner Jakob Chychrun throughout the latter half of the off-season. The Coyotes’ expensive asking price, however, could have them considering more affordable options. We’ll see what transpires. Maybe they’ll make a trade for a Penguins defenseman?

← NHL Morning Coffee Headlines - October 11, 2022 NHL Morning Coffee Headlines - October 12, 2022 →
We use cookies on our website to give you the most relevant experience by remembering your preferences and repeat visits. By clicking “Accept”, you consent to the use of ALL the cookies.
Do not sell my personal information.
Cookie SettingsAccept
Manage consent