The Oilers enter this season with little cap room, the Flames face a decision with Juuso Valimaki, and a lack of tradeable assets could hurt the Bruins this season. Get the details in today’s NHL Rumor Mill.

SPORTSNET: Mark Spector reports the Edmonton Oilers will enter this season with just $165.00 in salary-cap space for the upcoming regular season.

They could get $1.25 million in cap relief if center Mattias Janmark is claimed off waivers later today. If he’s not, they’ll have to place Devin Shore and his $850K cap hit on waivers to become cap compliant by Monday. 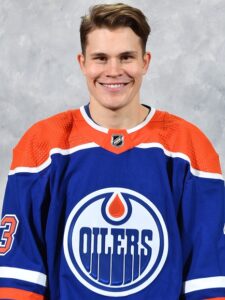 This will affect the Oilers’ efforts to recall players from their AHL affiliate in Bakersfield this season.

Spector points out Oilers general manager Ken Holland attempted to trade winger Jesse Puljujarvi and his $3 million salary during the offseason but couldn’t find any takers. The same goes for winger Warren Foegele, who carries a $2.75 million cap hit but is harder to move because he’s signed through 2023-24.

Holland hoped to get a second-round pick in exchange for Puljujarvi. Spector wonders if the Oilers GM will accept a lesser return to solve his cap situation.

SPECTOR’S NOTE: Cousin Mark believes Holland will let the season play out and see if injuries provide some roster relief.At some point, however, the Oilers GM could find himself having to make a cost-cutting trade.

That could mean accepting less of a return for Puljujarvi or Foegele provided he can find a taker for either guy. It’s something worth keeping an eye on as the season progresses.

Speaking of Janmark, Sportsnet’s Ken Wiebe wonders if the Winnipeg Jets might try to claim him off waivers today.

FLAMES FACE A DECISION WITH VALIMAKI

CALGARY HOCKEY NOW: Steve Macfarlane reports Juuso Valimaki could be the odd man out for one of the last two spots on the Flames blueline. If they try to send the 24-year-old defenseman to their AHL affiliate, he’ll have to clear waivers first. There’s a good chance another club could snap up the former first-round pick.

SPECTOR’S NOTE: Macfarlane observes Valimaki has had difficulty nailing down a roster spot since Darryl Sutter returned as head coach. Given their blueline depth, perhaps he’ll become a trade candidate at some point.

NBC SPORTS BOSTON: A lack of quality assets to make upgrades via the trade market is among Nick Goss’ list of five huge obstacles preventing the Bruins from winning the Stanley Cup this season.

GM Don Sweeney has shipped out a first-round pick in three of the last five NHL trade deadlines. Doing so again this season would further hinder the Bruins’ ability to draft and develop quality young talent. The Athletic’s February prospect pool ranking had the Bruins 27th out of 32 clubs.

SPECTOR’S NOTE: It’s worse than that. In The Athletic’s August prospect pipeline rankings, the Bruins are dead last in part because they’ve traded away so many first-round picks. If Sweeney’s going to make any deals to upgrade his roster this season he’ll have to draw upon players currently on the team or from his shallow pool of prospects.

← NHL Morning Coffee Headlines - October 8, 2022 NHL Morning Coffee Headlines - October 9, 2022 →
We use cookies on our website to give you the most relevant experience by remembering your preferences and repeat visits. By clicking “Accept”, you consent to the use of ALL the cookies.
Do not sell my personal information.
Cookie SettingsAccept
Manage consent