The Canadiens Don’t Need To Tank The Season

A quarter of the way into the 2022-23 schedule, the Montreal Canadiens are exceeding expectations.

Having bottomed out last season in one of the worst performances in franchise history, the Canadiens (11-9-1) had 23 points entering their Nov. 29 games with the San Jose Sharks. They’re just two points out of a wild-card berth in the Eastern Conference.

Head coach Martin St. Louis doesn’t punish players (especially the younger Habs) for making mistakes. It’s much easier to play the game when you’re not terrified of getting banished to the press box for screwing up now and again.

Nick Suzuki wears the captaincy as comfortably as he would his favorite pair of skates. He leads the Canadiens in scoring, becoming the first-line center this franchise has been lacking for some time. 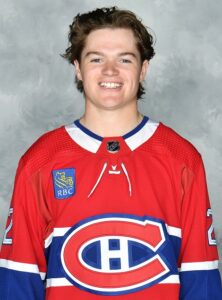 Cole Caufield, meanwhile, continues to blossom into one of the league’s most dangerous snipers. Off-season acquisition Kirby Dach is thriving alongside Suzuki and Caufield, providing the Canadiens with a potent scoring line.

The Canadiens’ rebuilding process under general manager Kent Hughes and his boss Jeff Gorton seems to be tracking in the right direction. A house of horrors a year ago, the Bell Centre is rocking once again to the cheers of Habs fans.

However, not every Canadiens follower is pleased by the club’s promising early-season play.

There are those fearful that the Canadiens are wrecking their rebuild, screwing up their chances of winning the 2023 draft lottery and the rights to projected top prospect Connor Bedard. Some suggest management tank the season by trading away as many veteran players as they can as soon as possible.

Hughes and Gorton entered this season with no illusions. Their game plan was always to shop some veterans (especially those on expiring contracts) by the March 3 trade deadline for draft picks and prospects to put toward the ongoing rebuild.

Waiting for February or March to unload those players isn’t good enough for those Canadiens followers hoping their club finishes dead last. They want them gone now in the belief it’ll send the team tumbling toward the bottom of the standings and fulfill their daydreams of Bedard pulling on a Habs jersey at the 2023 draft.

Those folks are overlooking the potential already on display within this season’s roster.

The Canadiens have two foundation stars in Suzuki and Caufield. Dach has the potential to become a star in his own right. The 18-year-old Slavkovsky could turn into a serious scoring threat as his game matures. Guhle, Xhekaj, Harris and Kovacevic are providing a tantalizing glimpse of what could become a solid blueline corps.

Why mess with that right now? What gut the roster of veteran experience, skill and leadership that takes the pressure off those kids while they’re developing their skills? Why risk damaging the budding confidence of those promising players with another season wallowing in the bottom of the standings?

Despite the Canadiens’ early-season play, realistic fans understand that they will likely come up short of a playoff berth. There are still too many holes in their current roster despite their better-than-expected start. Management probably understands this too. They will start shopping some of their veterans leading up to the March trade deadline for draft picks and prospects. In the meantime, those players are more beneficial in the lineup now to help the kids develop their abilities.

Even if management did all it could between now and the trade deadline to tank the season, there’s no guarantee they’ll win the lottery again. Just because they might miss out on Bedard doesn’t mean they can’t find a potential star later in the opening round. Caufield, after all, was chosen 15th overall in the 2019 draft.

Thanks to their current and former management, the Canadiens already have a crop of promising talent on the roster and within their prospect pipeline. Those youngsters could form a solid core that forms the nucleus of a future Stanley Cup contender or at the very least a perennial playoff club.

Thanks to the guidance of St. Louis and his coaching staff, they’re already getting better. They’re entertaining to watch and never give up when they fall behind on the scoreboard.

Those Canadiens fans worried about next year’s draft lottery should just relax. Don’t look at it like they’re wrecking their chances of landing a magical unicorn prospect. Appreciate that they already have a promising core that could become something special in a few years.

← NHL Rumor Mill - November 29, 2022 NHL Morning Coffee Headlines - November 30, 2022 →
We use cookies on our website to give you the most relevant experience by remembering your preferences and repeat visits. By clicking “Accept”, you consent to the use of ALL the cookies.
Do not sell my personal information.
Cookie SettingsAccept
Manage consent