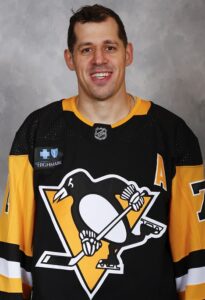 The Detroit Red Wings defeated the Winnipeg Jets 7-5 with Moritz Seider collecting four assists while Lucas Raymond had a goal and two assists. Mark Scheifele, Nikolaj Ehlers and Neal Pionk each had a goal and an assist for the Jets (26-14-1) to sit in second place in the Central Division with 53 points. The Red Wings improved to 17-15-7 on the season.

Speaking of the Central Division, the Dallas Stars (25-11-6) opened a three-point lead over the Jets for first place (56 points) by nipping the New York Islanders 2-1. Jason Robertson opened the scoring and won the game with a shootout goal while Anders Lee replied for the 22-17-3 Islanders. The Stars also sit in first place in the Western Conference with 22 regulation wins compared to 19 for the Vegas Golden Knights, who have the same number of points.

SPECTOR’S NOTE: The Stars played without Roope Hintz, who will also miss Thursday’s game against the New York Rangers with an upper-body injury.

The New Jersey Devils gained ground on the Metropolitan Division-leading Carolina Hurricanes with a 5-3 victory. Dawson Mercer scored twice and collected an assist while Nico Hischier had a goal and an assist as the Devils improved to 26-12-3. With 55 points, they’re two back of the 25-9-7 Hurricanes, who got a goal and an assist from Sebastian Aho in this contest.

Shootout goals by Kaapo Kakko and Artemi Panarin gave the New York Rangers a 4-3 win over the Minnesota Wild. Filip Chytil scored the game-tying goal while Adam Fox and K’Andre Miller each had a goal and an assist as the Rangers (23-12-7) sit two points behind the Devils in third place in the Metro Division. Marc-Andre Fleury made 40 saves in regulation and overtime for the 22-14-4 Wild as they sit in third place in the Central Division with 48 points.

SPECTOR’S NOTE: This was a costly win for the Rangers as Chris Kreider and Julien Gauthier both left this game with upper-body injuries. They will be evaluated on Wednesday.

The Seattle Kraken picked up their sixth straight win by holding off the Buffalo Sabres 4-3. Kraken center Matty Beniers scored for the fifth consecutive game to set a franchise record as he, Jordan Eberle and Justin Schultz each had a goal and an assist. Sabres winger Alex Tuch scored twice, including his 20th goal of the season. The Kraken (24-12-4) sit two points behind the second-place Los Angeles Kings in the Pacific Division with 52 points. The Sabres dropped to 20-17-2.

SPECTOR’S NOTE: Sabres defenseman Henri Jokiharju returned to the lineup for the first time since being sidelined on Dec. 9 by a lower-body injury.

Florida Panthers winger Matthew Tkachuk scored twice, including the winning goal, to defeat the Colorado Avalanche 5-4. Aleksander Barkov and Sam Bennett had a goal and an assist as the Panthers took a 4-1 lead into the third period before the Avalanche rallied to tie the game on goals by Mikko Rantanen, Nathan MacKinnon and J.T. Compher. The Panthers boosted their record to 19-19-4 while the Avalanche (20-16-3) sit two points behind the Edmonton Oilers, who hold the final Western Conference wild-card berth with 45 points.

SPECTOR’S NOTE: Before the game, the Panthers recalled goaltender Alex Lyon to back up Sergei Bobrovsky as Spencer Knight (undisclosed) was placed on injured reserve.

An overtime goal by Robert Thomas gave the St. Louis Blues a 4-3 victory over the Calgary Flames. Jordan Kyrou had a goal and two assists and Jordan Binnington made 28 saves for the Blues (21-18-3). Andrew Mangiapane had a goal and an assist for the Flames (19-14-9) as they hold the first Western Conference wild-card spot with 47 points.

SPECTOR’S NOTE: The Blues have an identical record as the Edmonton Oilers (21-18-3) but the latter holds the final Western Conference wild-card berth with 19 regulation wins.

Third-period goals by Matt Nieto and Jaycob Megna lifted the San Jose Sharks over the Arizona Coyotes by a score of 4-2. Kevin Labanc had a goal and an assist while Kaapo Kahkonen stopped 27 shots for the Sharks (13-21-8). Jakob Chychrun and Shayne Gostisbehere each collected two assists as the Coyotes fell to 13-22-5.

NBC SPORTS CHICAGO: Blackhawks winger Patrick Kane said he’s being cautious with the lower-body injury that has sidelined him for the past two games. He’s hoping to return to action soon.

Sportsnet’s Elliotte Friedman recently reported it’s a nagging injury that might require a “clean-up” at some point. Kane hasn’t closed the door on that possibility but said it’s not something he’s contemplating for the moment.

SPECTOR’S NOTE: Lower body could mean hip, groin, knee or ankle. It could affect Kane’s performance as well as his value in the trade market if he agrees to waive his no-movement clause before the March 3 deadline.

TSN: Evander Kane could return to the Edmonton Oilers lineup for either their Jan. 19 games against the Tampa Bay Lightning or Jan. 21 against the Vancouver Canucks. He’s been sidelined since suffering a wrist laceration against the Lightning on Nov. 8. The original prognosis had him returning sometime in late February.

SPECTOR’S NOTE: Kane’s return won’t help the Oilers’ struggling defense and inconsistent goaltending. However, he will provide an extra measure of offense and some physical swagger to their forward lines that’s been missing during his absence.

Speaking of the Oilers, goaltender Stuart Skinner flew to Edmonton yesterday for the birth of his and his wife’s first child.