Could the Flyers and Ivan Provorov part ways? What’s the market value for the Predators’ Mattias Ekholm? Find out in today’s NHL Rumor Mill.

COULD THE FLYERS TRADE PROVOROV?

PHILLY HOCKEY NOW: Ariel Melendez cited Sportsnet’s Elliotte Friedman speculating that we could start hearing Flyers defenseman Ivan Provorov’s name come up in the trade market. He believes things just haven’t worked for Provorov with the Flyers for whatever reason. 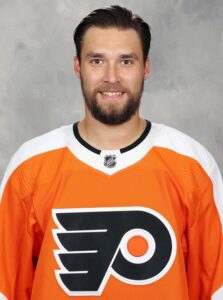 Friedman said there’s a growing sense that Provorov, who turns 26 on Jan. 13, is frustrated with the situation around him and that the team has an equal amount of frustration. Jeff Marek mentioned that the Flyers haven’t found him the right defense partner. Friedman wondered if Provorov might flourish somewhere else.

Marek suggested the Vegas Golden Knights as a trade destination. Provorov would be reunited with Vegas general manager Kelly McCrimmon, who coached the Flyers blueliner for two seasons with the WHL’s Brandon Wheat Kings (2014-15 and 2015-16).

SPECTOR’S NOTE: If the Flyers’ front office remains intent on its plan to aggressively retool its roster, they’ll need Provorov to be part of it. On the other hand, they could consider shopping him if they decide to rebuild. The blueliner could also force the issue by requesting a trade but there’s no indication thus far that he’s gone that route.

Provorov is signed through 2024-25 with an average annual value of $6.75 million. He lacks no-trade protection but that salary will be difficult to move in-season unless the Flyers agree to retain a portion of it, which they could be reluctant to do. The other option would be taking back an equivalent salary. Trading him could be something that occurs in the offseason when teams have more cap space to work with.

DAILY FACEOFF: Frank Seravalli recently examined the trade value of defenseman Mattias Ekholm, who reportedly could be shopped before the March 3 trade deadline by the Nashville Predators.

Seravalli considers Ekholm, 32, to be a smart shutdown defenseman who logs big minutes and moves the puck quickly out of the defensive zone. However, there are some concerns over his skating and mobility. Seravalli views him as a reliable 5-on-5 middle-pair defender.

SPECTOR’S NOTE: Ekholm lacks no-trade protection and would be a good fit with the Oilers, Leafs and Panthers. I believe the Rangers’ bigger priority is addressing their lack of reliable scoring punch on right wing.

Like Provorov, Ekholm’s contract is difficult to move this season. He’s carrying an AAV of $6.25 million through 2025-26, which the Oilers, Leafs and Panthers can’t afford to acquire this season unless Nashville retains a big chunk of it or take back a comparable contract. This sounds like another potential off-season move depending on how this season plays out for the Predators.

← NHL Morning Coffee Headlines - January 10, 2023 NHL Morning Coffee Headlines - January 11, 2023 →
We use cookies on our website to give you the most relevant experience by remembering your preferences and repeat visits. By clicking “Accept”, you consent to the use of ALL the cookies.
Do not sell my personal information.
Cookie SettingsAccept
Manage consent