NHL.COM: The Winnipeg Jets took over first place in the Western Conference with a 2-1 win over the Arizona Coyotes. Pierre-Luc Dubois and Blake Wheeler scored for Winnipeg while Clayton Keller replied for Arizona. The Jets (29-14-1) has won eight of their last nine games and hold a one-point lead over the Vegas Golden Knights with 59 points. The Coyotes (13-25-5) have lost nine straight games.

Vancouver Canucks center Elias Pettersson scored in the shootout to defeat the Carolina Hurricanes 4-3 after overcoming 2-0 and 3-2 deficits. Brock Boeser scored at 19:43 of the third to send the game into overtime and the shootout rounds as the Canucks sit at 18-22-3 on the season. Jaccob Slavin collected two assists for the Hurricanes (27-9-8). With 62 points, they hold a three-point lead over the New Jersey Devils for first place in the Metropolitan Division.

The Montreal Canadiens upset the New York Rangers 2-1 on Cole Caufield’s third-period goal. Kirby Dach also scored and Sam Montembeault picked up the win with a 38-save performance for the 18-23-3 Canadiens. Artemi Panarin scored for the Rangers (24-13-7) as their seven-game points streak ended. With 55 points, they sit four points behind the Devils in third place in the Metropolitan Division.

SPECTOR’S NOTE: Canadiens rookie Juraj Slafkovsky suffered a lower-body injury in this game and will be evaluated in Montreal. 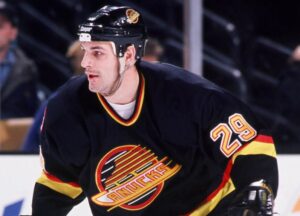 THE PROVINCE: Former Vancouver Canucks enforcer Gino Odjick passed away on Sunday from a heart attack at age 52. Odjick was diagnosed in 2014 with amyloidosis, a rare heart condition that produced protein deposits in the heart. The initial diagnosis nearly killed him.

Odjick spent 12 NHL seasons with the Canucks, New York Islanders, Philadelphia Flyers and Montreal Canadiens. Eight of those seasons were spent in Vancouver, where he became a fan favorite and a beloved teammate known for his good humor and friendly nature. In 605 career games, he scored 64 goals and 137 points with 2,567 penalty minutes.

SPECTOR’S NOTE: My condolences to Odjick’s family, friends and former teammates. He was among the league’s most feared enforcers on the ice but was respected by opponents and renowned for his kindness to fans and teammates.

BOSTON HOCKEY NOW: Sportsnet’s Elliotte Friedman reported Saturday that word around the league is the Bruins and David Pastrnak had made progress in contract extension talks. Bruins general manager Don Sweeney subsequently said he had no update to provide about those talks.

SPECTOR’S NOTE: I’ll be very surprised if Pastrnak departs Boston as an unrestricted free agent in July. He wants to stay and the Bruins want to keep him. The dollars are likely what’s causing talks to progress slowly.

Pastrnak is earning an average annual value of $6.66 million on his current deal. That proved to be a bargain for the Bruins given his status among the league’s elite goal scorers. He’s in line to earn over $11 million annually on his next deal. That’s how much Auston Matthews is currently making with the Toronto Maple Leafs.

I’ve read and heard complaints from some Bruins fans (or those claiming to be Bruins fans) that Pastrnak is being greedy and should accept a hometown discount to stay in Boston. The bottom line is the market for former Richard Trophy winners currently on pace to reach 60 goals this season is over $11 million. If the Bruins won’t pay it, other clubs will happily step up to do so in July.

ESPN’s Kevin Weekes reports the Minnesota Wild are making some ground in contract discussions with Matthew Boldy. The 21-year-old sophomore winger is in the final season of his entry-level contract and has 29 points in 41 games this season.

OTTAWA SUN: The Senators got some good news as center Josh Norris is expected to return to action this week. He’s been sidelined by a shoulder injury since October.

LAS VEGAS REVIEW-JOURNAL: Golden Knights goaltender Robin Lehner was sued for $3.9 million by a Wisconsin company for allegedly failing to repay a business months before he filed for Chapter 7 bankruptcy. Lehner and his wife cited up to $50 million in debts, most of those business-related.

CBS SPORTS: Speaking of the Golden Knights, winger William Carrier is listed as day-to-day with an upper-body injury and will miss Monday’s game against the Dallas Stars.

SPECTOR’S NOTE: Nedeljkovic was supplanted as the Red Wings starter by offseason acquisition Ville Husso this season while Magnus Hellberg has played well in a backup role. If unclaimed, he’s expected to remain in Grand Rapids for the foreseeable future.

NHL.COM: The Tampa Bay Lightning assigned forward Rudolfs Balcers to their AHL affiliate in Syracuse for conditioning. He’s played just three games with the Lightning after being claimed off waivers from the Florida Panthers on Nov. 12.

← Sunday NHL Rumor Roundup - January 15, 2023 NHL Rumor Mill - January 16, 2023 →
We use cookies on our website to give you the most relevant experience by remembering your preferences and repeat visits. By clicking “Accept”, you consent to the use of ALL the cookies.
Do not sell my personal information.
Cookie SettingsAccept
Manage consent