Some suggested trade targets for the Avalanche plus the latest on the Coyotes in today’s NHL Rumor Mill.

SPECTOR’S NOTE: They’re the three best options in this season’s trade market for any contender seeking an upgrade at center. Horvat carries an affordable contract and lacks no-trade protection but I think the Avs could be outbid by other clubs if (when?) the Canucks start shopping him in earnest. 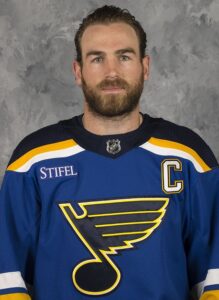 Durando observed that O’Reilly is sidelined until mid-February with a broken foot. He also lacks no-trade protection but the remainder of his $7.5 million cap hit could be an issue. Toews, meanwhile, has a full no-movement clause. Even if he agrees to be traded, Durando suggests the Avs might have to get a third team involved to spread his prorated $10.5 million cap hit around.

The Blackhawks’ Max Domi and the Montreal Canadiens’ Sean Monahan round out Durando’s list of centers.

SPECTOR’S NOTE: Domi is the most affordable in terms of cap hit ($3 million) and potential asking price. He brings a measure of versatility in his ability to play center or wing. The Avs could face competition from other clubs for his services.

Monahan was enjoying a fine bounce-back performance until he suffered a lower-body injury a month ago. He could still be an intriguing option if he regains his form when he returns to action later this month. The Canadiens could retain half of the remainder of his $6.3 million cap hit but they’ll likely want a first-round pick in return.

Durando also listed the Canucks’ Andrei Kuzmenko along with the Florida Panthers’ Anthony Duclair and the Philadelphia Flyers’ James van Riemsdyk as options if the Avs decide to stick with Evan Rodrigues and J.T. Compher as their middle-six centers.

SPECTOR’S NOTE: I think the Canucks will re-sign Kuzmenko once they sort out the Horvat situation. The Panthers reportedly want to hang onto Duclair. The Flyers are said to have told teams they’re willing to listen to offers for van Riemsdyk. They could retain part of the remainder of his $7 million cap hit for the right return.

GOPHNX.COM: In his midseason report on the Arizona Coyotes, Craig Morgan writes that he doesn’t think that management or Jakob Chychrun are in any hurry to force a trade right now. General manager Bill Armstrong and head coach Andre Tourigny praise the defenseman’s professionalism and performance this season. Meanwhile, Chychrun seems to be enjoying playing hockey again after a disappointing 2021-22 campaign.

Chychrun and defense partner Shayne Gostisbehere are the leading candidates to be traded for high-level assets. Players on expiring contracts who could be moved include Nick Bjugstad, Nick Ritchie and Christian Fischer.

SPECTOR’S NOTE: I think there are teams willing to meet Armstrong’s asking price for Chychrun but they’re having to wait until the trade deadline when they will have accrued enough cap space to acquire him.

Vejmelka’s name keeps coming up in the rumor mill as some pundits believe the Coyotes will move him for the right price. I don’t rule it out but I think it will have to be one hell of an offer to do so. He’s signed through 2024-25 with an affordable annual cap hit of $2.725 million. While Vejmelka’s contract is often touted as one reason why teams could be interested in him, it’s also a good reason for the Coyotes to hang onto him.

← NHL Morning Coffee Headlines - January 16, 2023 NHL Morning Coffee Headlines - January 17, 2023 →
We use cookies on our website to give you the most relevant experience by remembering your preferences and repeat visits. By clicking “Accept”, you consent to the use of ALL the cookies.
Do not sell my personal information.
Cookie SettingsAccept
Manage consent