Start off your New Year with a look at the Leafs’ trade deadline priorities, the future of Max Domi, trade options for the Flyers and more in the first Sunday NHL Rumor Roundup of 2023.

SPORTSNET: Elliotte Friedman reports the Toronto Maple Leafs could still attempt to take a big swing at landing a defenseman before the March 3 trade deadline. However, the improved performance of their blueline this season has some wondering if they might change their approach. They have limited cap space and don’t have a lot of draft picks but they do possess plenty of prospects.

SPECTOR’S NOTE: Young blueliners like Rasmus Sandin, Timothy Liljegren and Conor Timmins stepped up with Jake Muzzin likely done for the season and Morgan Rielly sidelined for 15 games by a knee injury. There could still be some question over whether those rearguards can maintain that level of play in the postseason but their performances over the next couple of months could alleviate that concern. If so, the Leafs could shift their focus toward adding a scoring winger by deadline day. 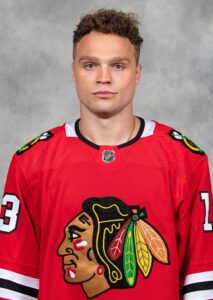 Jeff Marek reports Max Domi signing a one-year contract last summer with the Chicago Blackhawks seemed to suggest the 27-year-old forward would be shopped by the trade deadline, However, Domi has fit in well with the rebuilding club. There are ongoing discussions between his agent and Blackhawks general manager Kyle Davidson. With Patrick Kane and Jonathan Toews potentially moving on at the trade deadline, a Domi trade no longer seems as certain as it once was.

SPECTOR’S NOTE: Davidson could still move Domi if he gets a solid offer like a first-round pick, a high-end prospect or a good young NHL player. As Marek indicated, however, that might not be the done deal everyone thought it was last summer.

Speaking of the Blackhawks, Friedman wondered if defenseman Jake McCabe could end up being a trade target for the Edmonton Oilers.

SPECTOR’S NOTE: McCabe, 29, is in the second season of a four-year deal with an average annual value of $4 million. He also carries a seven-team no-trade list. The Oilers don’t have a lot of projected trade deadline cap space ($1.6 million) so they might need the Blackhawks to retain some salary if they can’t move out enough in this deal or in a separate cost-cutting deal.

THE ATHLETIC: In a recent mailbag segment, Charlie O’Connor was asked if any teams might be interested in Philadelphia Flyers forward Kevin Hayes or if his contract would be too expensive to move. O’Connor doesn’t rule out a deadline move but thinks it would be more likely to occur in the offseason. Hayes’ $7.1 million cap hit through 2025-26 won’t draw much interest but that could improve if the Flyers retained half of it.

SPECTOR’S NOTE: All of this arose from recent reports of tension between Hayes and Flyers coach John Tortorella. O’Connor also suggested that teams would be less interested in making a trade for Hayes if there’s a feeling the Flyers will buy him out this summer. That possibility recently arose in the rumor mill but I think it’s premature to make that assumption. It’s also possible that the talk of tension between Hayes and Tortorella is overblown. Nevertheless, their relationship could be worth monitoring over the remainder of the season.

O’Connor was also asked if it would be wise for the Flyers to attempt to move winger Travis Konecny now while his value is high right now. He believes the 25-year-old winger could fetch a first-round pick and a B-level prospect at least. However, O’Connor thinks Konecny is young enough to still deliver for the Flyers as the club turns the corner considering he’s also signed through 2024-25.

SPECTOR’S NOTE: Konecny probably isn’t going anywhere as long as Chuck Fletcher remains the GM and the club’s focus isn’t on rebuilding but retooling around their current core. So far, there’s no indication of any shift in the club’s plans.

← NHL Morning Coffee Headlines - January 1, 2023 NHL Morning Coffee Headlines - January 2, 2023 →
We use cookies on our website to give you the most relevant experience by remembering your preferences and repeat visits. By clicking “Accept”, you consent to the use of ALL the cookies.
Do not sell my personal information.
Cookie SettingsAccept
Manage consent