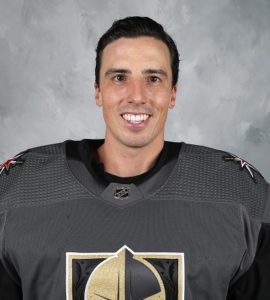 Blake Wheeler surpassed Ilya Kovalchuk as the Winnipeg Jets’ all-time scorer in a 6-0 rout of the Minnesota Wild (Photo via NHL Images).

Buffalo Sabres captain Jack Eichel returned to the lineup and collected an assist in a 3-2 win over the Los Angeles Kings. Eichel’s points streak stretched to 18 games, though he missed Thursday’s game against the Philadelphia Flyers with an upper-body injury. Sabres winger Sam Reinhart collected two assists.

Jakob Silfverberg tallied the game-winner in a shootout as the Anaheim Ducks edged the New York Islanders 6-5. Ducks captain Ryan Getzlaf missed the game with an illness. Islanders defenseman Nick Leddy scored and set up two others. Before the game, the Isles revealed forward Cal Clutterbuck is sidelined indefinitely following wrist surgery.

Riley Sheahan’s third-period goal lifted the Edmonton Oilers over the Montreal Canadiens 4-3. Connor McDavid, Leon Draisaitl and Josh Archibald each had a goal and an assist. Canadiens defenseman Jeff Petry had a goal and two helpers.

Goaltender Michael Hutchinson picked up his first win of the season backstopping the Toronto Maple Leafs 4-1 over the Detroit Red Wings. Auston Matthews and Zach Hyman each scored twice for the Leafs. Red Wings forward Anthony Mantha left the game in the third period following a slew-foot by Leafs defenseman Jake Muzzin.

The Philadelphia Flyers needed a shootout goal by Sean Couturier to get past the Ottawa Senators 5-4. James van Riemsdyk tallied twice for the Flyers while Senators forward Tyler Ennis also scored two goals.

The Washington Capitals picked up their 10th win in their last 12 games by beating the Tampa Bay Lightning 3-1. Dmitry Orlov broke a 1-1 tie in the third with the winning goal. Lightning winger Nikita Kucherov picked up his 200th career goal.

Four unanswered third-period goals powered the Chicago Blackhawks over the Colorado Avalanche 5-3. Jonathan Toews had a goal and two assists while Patrick Kane netted his 20th goal of the season. Matt Calvert scored twice for the Avalanche. Earlier in the day, the Blackhawks placed winger Brandon Saad (ankle) on injured reserve.

J.T. Miller and Elias Pettersson each had a goal and an assist as the Vancouver Canucks downed the Pittsburgh Penguins 4-1. Earlier in the day, the Canucks revealed winger Josh Leivo will be sidelined two-to-three months with a fractured knee cap.

The divisional captains for the 2020 NHL All-Star Game (as voted by the fans) were revealed yesterday. Edmonton Oilers center Connor McDavid will captain the Pacific Division for the fourth straight year. Boston Bruins winger David Pastrnak is captain of the Atlantic Division, Colorado Avalanche center Nathan MacKinnon will captain the Central Division, and Washington Capitals winger Alex Ovechkin is captain of the Metropolitan Division.

When It Comes to Discipline, NHL Remains a Garage League

When It Comes to Discipline, NHL Remains a Garage League

NHL.COM: Connor McDavid scored the only goal in a shootout as the Edmonton Oilers nipped the Arizona Coyotes 4-3. He also picked up an assist in regulation to extend his points streak to 11 games. McDavid sits one point behind linemate Leon Draisaitl (48 points) in the NHL scoring race. Coyotes defenseman Alex Goligoski collected three assists. The Oilers played without Ryan Nugent-Hopkins, who could be sidelined for two more games with an injured hand. Buffalo Sabres goalie Linus Ullmark kicked out 43 shots in a 5-2 victory over the Florida Panthers. Jack Eichel had three points and Zemgus Girgensons tallied twice for the Sabres. Panthers defenseman Keith Yandle maintained his ironman streak at 820 games. He underwent dental surgery to replace nine missing teeth after taking a puck to the mouth during Saturday’s loss to the Carolina Hurricanes.

Carolina Hurricanes center Sebastian Aho had a goal and an assist as his club blanked the Detroit Red Wings 2-0. Goaltender James Reimer made 19 saves for the shutout. The Wings are winless in their last six contests.

THE TENNESSEAN: The Predators announced Arvidsson will be sidelined four-to-six weeks with a lower-body injury.

SPECTOR’S NOTE: That’s a slap on the wrist for Bortuzzo, who has a history of questionable hits. He was suspended last year for two pre-season games and a regular-season game for elbowing Washington Capitals defenseman Michal Kempny, fined in 2017 for repeatedly cross-checking New York Islanders center Brock Nelson, and received a two-game suspension in 2014 for a late hit on Jaromir Jagr. Meanwhile, the Predators will be without one of their better forwards for over a month.

CALGARY SUN: Flames defenseman TJ Brodie is poised to return to action after collapsing on the ice during practice on Nov. 14. Subsequent medical examinations did not uncover any significant concerns.

← Best Advice to NHLers? Avoid the Social Media Outrage Machine NHL Rumor Mill - November 25, 2019 →
« Older Entries
We use cookies to ensure that we give you the best experience on our website. If you continue to use this site we will assume that you are happy with it.Ok