CALGARY SUN: The number of Calgary Flames players and staff testing positive for COVID-19 grew to 27 yesterday. Head coach Darryl Sutter and players Jacob Markstrom, Rasmus Andersson, Erik Gudbranson, Byron Froese, Trevor Lewis and Tyler Pitlick joined the list yesterday. Saturday’s game against the Columbus Blue Jackets has been postponed. The good news is all the Flames’ cases are reportedly doing well, which is being attributed to the players being fully vaccinated. 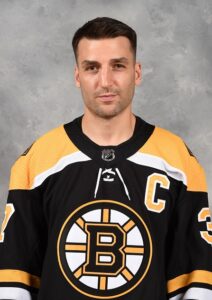 THE DETROIT NEWS: The Red Wings placed forwards Robby Fabbri and Michael Rasmussen in COVID protocol Wednesday. Tonight’s game against the Carolina Hurricanes is expected to go ahead as scheduled.

One reason is all cases are experienced at worst minor symptoms because all but one player is fully vaccinated. Another is a return to enhanced COVID protocols (including daily testing) are expected to be implemented soon.

TSN: The province of Ontario is reducing capacity limits at sporting events to 50 percent starting Saturday. That includes the Toronto Maple Leafs and Ottawa Senators.

SPECTOR’S NOTE: The NHL has no control over provincial or state COVID guidelines regarding sporting events. It remains to be seen if others will follow Ontario’s lead. The Leafs and Senators will likely see a return to full capacity once the COVID numbers in Ontario are reduced.

NBC SPORTS BAY AREA: San Jose Sharks defenseman Erik Karlsson is the latest NHL player to express concern over potential three-to-five week quarantine in China for players taking part in the 2022 Beijing Winter Olympics who test positive for COVID-19 during the tournament. “If that’s the way it’s going to be, I don’t see it being very feasible for guys to take that risk. That’s my personal opinion,” said Karlsson.

DETROIT HOCKEY NOW: Red Wings captain Dylan Larkin expressed apprehension over the potentially strict COVID guidelines for Olympic participants. “It would be unfortunate for anyone to get stuck in quarantine for that long and a serious unknown of when you’d come home. I think it’s unfortunate for all athletes,” said Larkin.

SPECTOR’S NOTE: The NHL is so far leaving it up to the NHLPA members to decide if they’ll participate in the 2022 Winter Olympics. No one has definitively said they won’t go because of those restrictions but that could change if there is no loosening of those rules for Olympic athletes.

The opt-out date is Jan. 10. The league can also withdraw if COVID outbreaks reach a point where it cannot complete the remainder of this season on time.

It’s been suggested the NHL would simply run a normal schedule during the Olympic break in February. However, The Athletic’s Sean Shapiro reported that would create a logistical nightmare for team owners as they attempt to reschedule events in their arenas during that period.

CHICAGO SUN-TIMES: After eight months of legal battles, the Blackhawks and Kyle Beach have reached a confidential out-of-court settlement during third-party mediation yesterday. Beach alleged former Blackhawks video coach sexually assaulted him in May 2010 and that Blackhawks executives knowingly covered it up. An independent investigation by the Blackhawks supported Beach’s claims.

SPECTOR’S NOTE: Here’s hoping this settlement brings Beach the closure and peace of mind he deserves after enduring a decade of hell dealing with what happened to him. It will take a long time for the Blackhawks organization to scrub away the stain on their reputation for the atrocious way they treated Beach and their handling of this situation.

Blackhawks defenseman Caleb Jones won it for his club with an overtime goal. Chicago winger Alex DeBrincat scored two goals while Marc-Andre Fleury got his 501st career win with a 42-save performance. Capitals center Nicklas Backstrom collected an assist in his season debut after missing 28 games recovering from a hip injury

New York Rangers winger Kaapo Kakko scored twice, including the game-winner as his club downed the Arizona Coyotes 3-2. Chris Kreider assisted on all three Rangers goals. The Coyotes have lost six straight. Rangers winger Artemi Panarin left the game in the second period with a minor lower-body injury and is listed as day-to-day.

Anaheim Ducks winger Troy Terry netted his 18th of the season in a 4-1 victory over the Seattle Kraken. Goalie Anthony Stolarz picked up his sixth straight win for the Ducks this season.

MONTREAL GAZETTE: Canadiens center Christian Dvorak is listed as sidelined indefinitely with a lower-body injury. Winger Josh Anderson will be out for another six weeks with an upper-body injury. Meanwhile, winger Brendan Gallagher and defenseman Sami Niku are expected to rejoin their teammates later this week after emerging from COVID protocol.